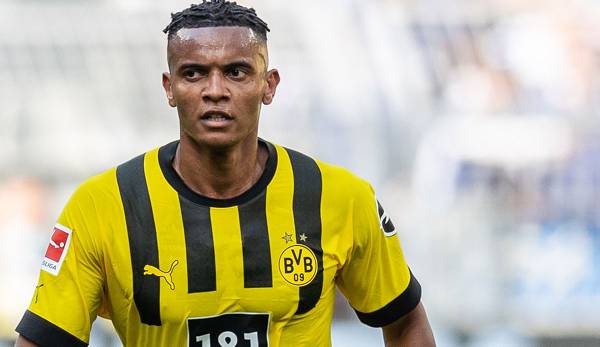 BVB apparently has problems finding a buyer for defender Manuel Akanji. Meanwhile, the search for a new U23 coach is ongoing. The news and rumors about Borussia Dortmund can be found here.

BVB – Rumor: Borussia Dortmund will not get rid of Manuel Akanji

Defender Manuel Akanji should and wants to leave BVB. But apparently this undertaking is more difficult than previously assumed for Borussia.

As picture reported, there is currently no concrete offer for the Swiss.

Akanji is said to have already rejected two contract offers in the spring and according to media reports, clubs such as Manchester United, Arsenal and Juventus were interested in the central defender at the time.

According to the newspaper, the club management expects a transfer fee of 30 million euros if Akanji, which is free of charge in summer 2023, is sold, which is apparently the biggest obstacle. Because Akanji has been struggling with knee problems for a long time, which cost him a few games in the past season. In addition, he is currently missing from Switzerland in the Nations League.

And since BVB has just upgraded their central defense with Nico Schlotterbeck and Niklas Süle, Akanji is threatened with little playing time in the coming season, even if he is fit. Borussia may have to lower their transfer fee to make a transfer palatable to other clubs.

On Wednesday, BVB confirmed the departure of U23 coach Enrico Maassen towards FC Augsburg. Now the search for a successor begins.

Maaßen was considered an important part of Dortmund’s youth development and must be replaced accordingly. And for that, U23 team manager Ingo Preuss already has a clear profile in mind.

The Ruhr news He revealed: “Coaches who have already worked in the youth field and, if possible, on this side of the regional league come into question. They also have to get involved with the circumstances here. That means that working with the professionals is a very important point.”

According to the newspaper, availability should also be at the top of the list and therefore brings Guerino Capretti into play. In the past, he successfully coached SC Verl, with whom he had managed to get promoted to the 3rd division. Later he worked for Dynamo Dresden in the second division.

However, it is also possible to make Otto Addo coach of the U23s. He previously worked as a talent coach and most recently as an assistant coach at BVB, but is currently in charge of the Ghana national team until the World Cup in Qatar.

BVB – News: Marco Reus is injured in the national team

Marco Reus tore a muscle fiber in his right thigh while playing for the national team. As a result, the Borussia Dortmund captain will miss the other two games of the DFB team in the Nations League.

Reus had also missed the games against Italy (1-1) and England (1-1) due to an infection and should actually be available again for the other two games.

You can find longer news on the subject here!