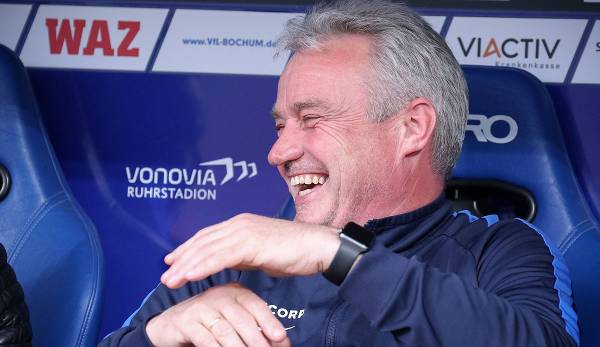 BVB is apparently reacting to its numerous muscle injuries with a remarkable return campaign from Bochum. Meanwhile, the trip to Israel has to be cancelled. The news and rumors about Borussia can be found here.

Here you come to the BVB news and rumors of the previous day.

BVB – rumour: Long-time physiotherapist is coming back from Bochum

Because BVB has been struggling with injuries, especially in the muscular area, in the current season, the support staff is apparently being upgraded. As the Ruhr news report, physiotherapist Frank Zöllner returns from VfL Bochum.

This information was apparently confirmed by VfL team doctor Prof. Dr. Karl-Heinz Bauer as part of the “Fiege fan evening”. The 54-year-old had already worked for Borussia from 1992 to 2010 and celebrated three German championships as well as the Champions League title and the Intercontinental Cup victory in 1997 with Dortmund.

Zöllner spoke to SPOX two years ago, among other things, about his move to Bochum at the time.

Dortmund striker Steffen Tigges does not seem to know anything about an interest from SC Freiburg, which has been doing the rounds for a few days. In conversation with the Ruhr news said the 23-year-old: “I noticed because someone sent me the message, but until then I hadn’t heard anything about the interest, so there’s nothing to it so far.”

In any case, Tigges currently has other concerns and is working on his comeback after an ankle fracture: “I’m right on schedule in the second phase of rehabilitation, I can gradually take off the crutches and the special shoe and continue to do my exercises and physiotherapy.”

Tigges continued: “I haven’t had a major injury before. What I miss most is just playing football. And I miss being with the team, having games and the pressure of competition.”

Ideally, Tigges sees his future at BVB, where he wants to be “more” than a joker in the long term. “But that’s primarily up to me, I have to develop and offer myself so that the coach brings me more often.”

BVB – Rumor: Salzburger should strengthen the right side

BVB is working on the defense of the future and is said to have put out feelers for a Red Bull Salzburg player. picture reports that right-back Rasmus Kristensen (24) has been targeted by the black and yellow.

Accordingly, Kristensen should be a possible alternative to Ajax player Noussair Mazraoui, who, according to several media, has already decided on FC Bayern. Kristensen is said to be interested in a bigger league than Austria, which he wants to pursue in the summer. Kristensen is also robust and has played 42 games for Salzburg this season, also a quality that would suit the Dortmund squad well.

BVB’s planned trip to Israel at the end of the season will not take place for the time being. An attack near Tel Aviv has significantly aggravated the security situation, so the organizers and BVB are said to have agreed on a postponement on Thursday, like that Ruhr news Report. Now a new appointment should be found.

Originally it was planned that BVB would travel to Tel Aviv and Jerusalem after the 34th matchday from May 15th to 18th and play a friendly against Maccabi Netanja.

In the town of Elad, east of Tel Aviv, there was an attack on Thursday evening that, according to police, resulted in several deaths and injuries. Previously there had already been heavy fighting on the Temple Mount in Jerusalem between Israeli security forces and Palestinians.