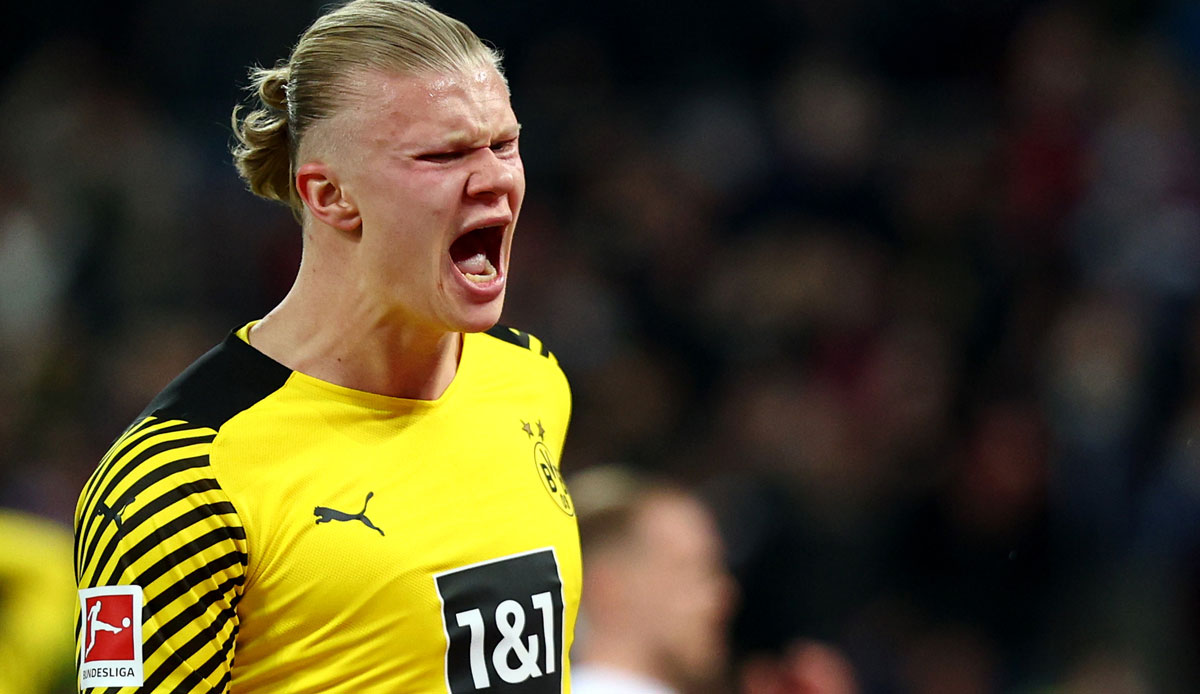 After months of speculation, Erling Haaland has presented a new personal outfitter, fueling rumors of a change. Meanwhile, Leipzig coach Domenico Tedesco assumes a bluff before the duel with Borussia. The news and rumors from Dortmund.

Here you will find all BVB news and rumors from the previous day.

It has long been speculated which shoes Erling Haaland would play with in the future. Now the Norwegian has announced his decision on Instagram with a picture of himself in an Adidas hoodie. Caption: “Just me.”

Details of the collaboration are not known. According to media reports, the deal should bring Haaland ten million euros a year. Puma and Nike had also vied for the favor of the goalscorer. The deal with Adidas is also grist for the mills of those who like to read coffee grounds. Because the choice of supplier could be an indication that Haaland is now switching to Real Madrid. Los Blancos have been wearing kits from the Three Stripes company for many years.

The Spanish sports newspaper ace even went so far as to headline: “Adidas brings Haaland closer.”

However, for the sake of completeness, it should be mentioned that the English top club Manchester United and – of course – FC Bayern also play in Adidas jerseys. At Bayern, Adidas is even a shareholder. However, the striker is apparently too expensive for the record champions anyway.

BVB – News: Haaland Gentlemen’s Agreement instead of an exit clause

The much-cited exit clause in Erling Haaland’s contract with Borussia Dortmund, which is valid until 2024, is apparently not one at all. According to information from SPOX and GOAL, this is merely a gentlemen’s agreement between the club and the player.

Accordingly, it was agreed that BVB Haaland would not put any obstacles in his way this summer if he were to seek a change. Condition: An offer must be received that exceeds the reported 75 million euros.

All details can be found in a detailed news.

If Domenico Tedesco, coach of RB Leipzig, has his way, then Erling Haaland will very well play in the game against Saxony (6.30 p.m. in LIVETICKER) on Saturday, contrary to what Borussia announced. Tedesco revealed this at his press conference on Thursday. See for yourself in this video!