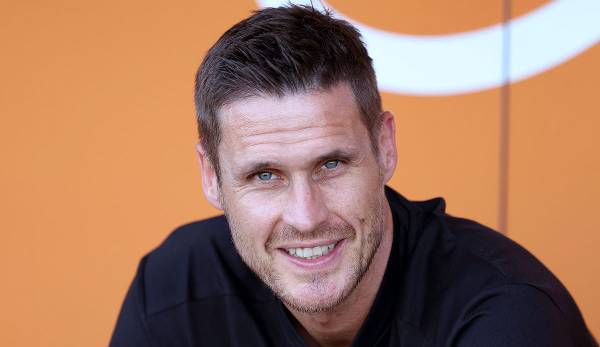 At Borussia, Salih Özcan gets advance praise and two experts see BVB as the top favorite in the championship fight. All the news and rumors about BVB can be found here.

You can find the news and rumors from the previous day here.

With Karim Adeyemi, Niklas Süle, Nico Schlotterbeck, Sebastien Haller and Salih Özcan, Borussia Dortmund has strengthened itself in many ways during this transfer phase. Sports director Sebastian Kehl has now explained on the club’s own YouTube channel why the Black and Yellows chose these five players.

… about Karim Adeyemi: “With his speed, his goal threat and his ability to run behind the last line, he is a weapon that is very good for our squad. He brings that surprising moment that we missed at one point or another last season. “

… about Niklas Süle: “He’s a German international, of the right age, a top guy and also a strong central defender.”

… about Nico Schlotterbeck: “An incredibly talented player who made a real step up in the last year and became a national team player. He was exactly the right age for us now, with the right perspective.”

… about Sebastien Haller: “We were hoping for him to be the player who’s ready to give stability to the team because of his age, his personality and his experience. He’s a striker who brings a physicality.”

… about Salih Ozcan: “During the talks we had the feeling that he could be a piece of the puzzle that we lack in this team. With his passion, with his openness, with his clarity, with his willingness to work hard.”

Salih Özcan only moved from 1. FC Köln to Dortmund this summer. Now he is already being praised in the highest tones. BVB advisor Matthias Sammer has great confidence in the midfielder, Özcan could be “the biggest surprise” in the squad, according to the Borussia legend picture.

Özcan, who comes from the Cologne youth, wants to make the big breakthrough next season. Sammer’s words push the 24-year-old enormously, as he did in the sports picture revealed: “I’m really happy to receive such praise from a legend like Matthias Sammer. But I don’t see that as confirmation. Personally, I have to deliver this season and I want to prove to him that he was right in his opinion.”

The young midfielder also believes he can win titles with BVB: “The team’s mentality is so good that we’ll be able to be more stable and still play attractive attacking football. If we show that, titles are possible. “

Borussia signed Özcan for a fee of five million euros and he signed with Black and Yellow until 2026.

With 80 million euros, Borussia Dortmund has stepped on the gas on the transfer market. Investments that are noisy DAZN-Expert Sandro Wagner could soon pay off. Because the ex-professional sees Borussia in the race for the championship as an “absolute co-favourite”, as he said at a press conference DAZN explained. And further: “I think Dortmund is able to pose a threat to Bayern.”

BVB suffered a small setback due to the absence of striker Sebastien Haller, but the Black and Yellows’ defense in particular could become the decisive quality in the new season: “In my opinion, Schlotterbeck, Hummels and Süle form the best central defender trio respectively -Duo in the Bundesliga, for me ahead of de Ligt, Upamecano and Hernandez – especially when opening the game.”

Wagner sees Erling Haaland’s departure more as a blessing for Borussia: “If I have the choice between Adeyemi and Haller on the one hand and Haaland on the other, I would always take Adeyemi and Haller,” said the expert in an interview at DAZN.

Sky expert Didi Hamann already has his tip for the 2022/23 championship table football delivered. The former professional believes in a black and yellow triumph: “With Schlotterbeck and Süle they have brought in two of the best German central defenders. They have been vulnerable at the back so far. In addition, Adeyemi up front and Özcan in midfield. I would also like Özcan himself or at least this type of player wanted for Bavaria. Too many artists are not good.”