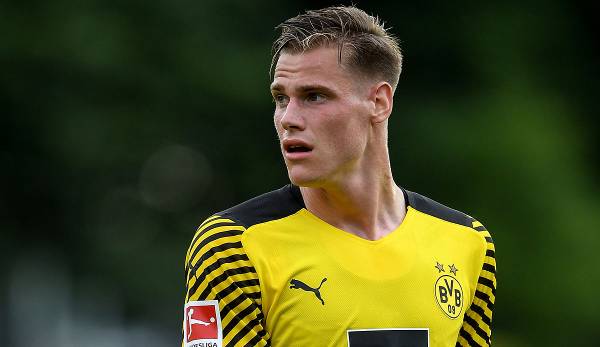 Striker Steffen Tigges has announced his departure from BVB for 1. FC Köln. In addition, there is probably a jewel from the Netherlands. The news and rumors about Borussia can be found here.

Steffen Tigges will shortly switch from BVB to 1. FC Köln. Now the young striker explained the reasons for his departure from Borussia.

The 23-year-old told him express: “I was impressed that the club showed interest in me over a long period of time. Especially after my injury. Even then the interest didn’t stop.”

Tigges suffered an ankle injury in March and then missed the rest of last season.

Tigges added: “But in the end it was the talks with those responsible and the way we played that made the difference for me.”

Coach Steffen Baumgart “clearly showed him how he wants to play and how I fit in with his idea,” added Tigges and continued: “I thought it was very good that he made it clear to me what I instinctively do well and where I am I still have to improve. He didn’t put honey on my lips, but gave his honest opinion about my strengths and weaknesses.”

In general, Tigges is impressed by his future coach: “His clear speech and the fact that he also clearly criticizes it help me in my development.”

The fact that Tigges signed with Effzeh until 2026 is no coincidence. Tigges emphasized that the club was “not a stopover” for him. “Right from the start I had the feeling that Cologne and I were just a good match. That’s why I can well imagine playing here for a long time.”

BVB’s U23s continue to work on a personnel realignment this summer for the upcoming season in the 3rd division. One name that could be added soon is Ajax Amsterdam’s Prince Aning.

The 18-year-old left-back is said to be at BVB according to the Ruhr news been on the list for a long time. Apparently he already visited the Black and Yellow training ground in Brackel in January.

Aning has played eight times for the Oranje U18s and scored one goal. Details of the possible transfer are not yet known, but it should take place soon – on June 16, the team of new coach Christian Preusser started preparing for the coming season.