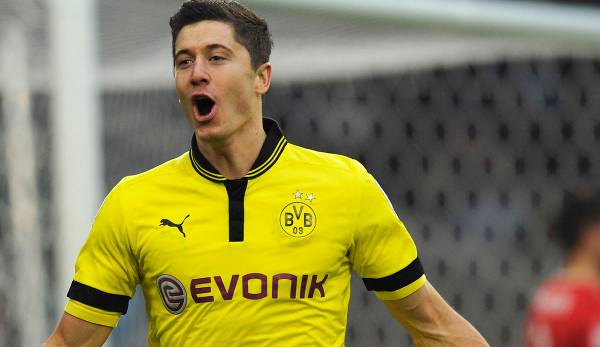 In an interview, Robert Lewandowski spoke about his former move from Borussia Dortmund to FC Bayern. In addition, a youngster is about to make his debut in the Bundesliga. The news and rumors about BVB can be found here.

Robert Lewandowski has been playing for FC Bayern since 2014, now he explains why he left Borussia back then. In conversation with uefa.com said the two-time World Player of the Year: “When I heard that Bayern were interested in me, I knew I wanted to go there.”

Like every “career step, this was carefully thought out”. According to Lewandowski, he always weighs everything carefully when making upcoming decisions. “I then write long lists of all the pluses and minuses,” said Lewandowski.

There were also offers from other clubs at the time, but the decision to move to Munich was already there: “The most important thing for me was to take the next step, to develop myself as a footballer and win titles. When I look at the successes of the team and all the trophies won, it was absolutely the right decision.”

Since then, Lewandowski has been German champion seven times in a row and won the treble with FC Bayern in 2020.

BVB takes on VfB Stuttgart this Friday (8.30 p.m. live on DAZN) on the 29th match day of the Bundesliga. The squad will include U19 offensive player Jamie Bynoe-Gittens (17) for the first time, who could therefore make his debut for the pros.

Bynoe-Gittens is considered fast, agile and good at dribbling, making him an ideal candidate for Borussia’s wing. It is fitting that Donyell Malen did not travel to Stuttgart – he was not to be seen at Dortmund Airport before the flight to Swabia. Reasons for this prominent absence are not known.

Bynoe-Gittens, in turn, joined Borussia in September 2020 and came from Manchester City youth. Since then he has mainly played right wing for BVB’s U19s.

BVB takes on VfB Stuttgart on Friday evening for the start of the 29th match day of the Bundesliga. Kick-off in the Mercedes-Benz Arena is at 8.30 p.m. The game will be broadcast by the streaming service DAZN. The preliminary reports will start at 7.30 p.m. The on-site presenter is Laura Wontorra, while the game is commented on by Jan Platte. Ex-60s Benny Lauth is on duty as an expert.

At VfB, top scorer Sasa Kalajdzic, who is in isolation after a Covid infection, is out. Apparently Donyell Malen has to be replaced at BVB at short notice. This is how the teams of Pellegrino Materazzo and Marco Rose could line up today: