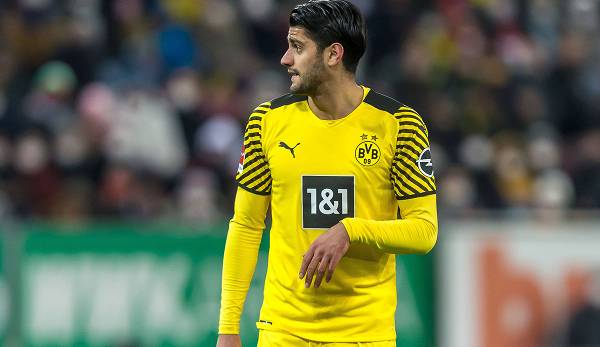 Donyell Malen is struggling with another injury. Mo Dahoud’s future seems uncertain. Youssoufa Moukoko praises coach Edin Terzic. And: Borussia Dortmund is a guest at Dynamo Dresden on Saturday. Here you can find news and rumors about BVB.

Donyell Malen is already struggling with muscular problems in the first phase of the pre-season. That’s what they report Ruhr news. The 23-year-old Dutchman was only able to train individually on Friday. Dortmund hope that Malen will be able to fully participate again in the training camp in Bad Ragaz (July 15th to 23rd).

Most recently, the offensive player was slowed down by a persistent tendon injury. He has not been able to play a game for BVB since the 28th Bundesliga matchday last season and also had to do without the Nations League international matches of the Netherlands in June.

Malen moved from Eindhoven to Dortmund in 2021, where he is under contract until 2026. Last season he played 27 competitive games for BVB, in which he scored nine goals and provided six other goals.

As the Ruhr news report, there are currently no signs that Mo Dahoud will extend his contract with BVB, which runs until 2023, in the near future. Therefore, the 26-year-old midfielder could possibly be sold this summer to generate a fee.

The midfielder moved to Dortmund from Borussia Mönchengladbach in 2017. Last season he made 29 appearances, two goals and seven assists.

Youssoufa Moukoko spoke up after Dortmund’s 3-1 win in the friendly against Lüner SV. He was particularly pleased about the large number of fans present.

“I didn’t expect anything like that. I thought maybe 300 fans would come. But then you come here and everything is black and yellow,” said the 17-year-old in the BVB TV.
An important reason for the good atmosphere around BVB is the new coach Edin Terzic. “It’s nice to see that the fans are interested in us. It’s always been like that, but now with Edin as coach it’s wonderful to see people so friendly and happy again,” said Moukoko.

BVB will play a friendly at Dynamo Dresden on Saturday. The game in the Rudolf Harbig Stadium will kick off at 5 p.m. All information about the transfer can be found here.