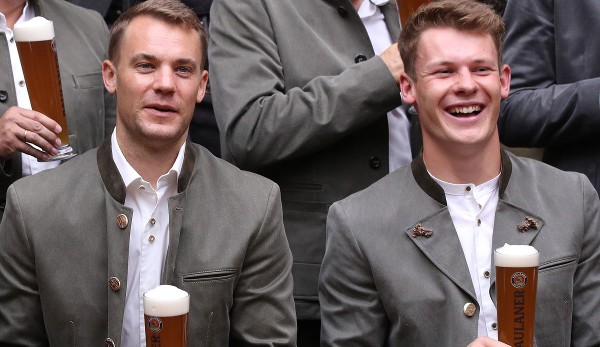 Alexander Nübel’s early return threatens to fail because of a trainer. The World Cup in Qatar brings FC Bayern a lot of money and Marcel Sabitzer is apparently in demand in Italy. The news and rumors about FCB at a glance.

Alexander Nübel’s advisor Stefan Backs has again commented on a possible return of his client to FC Bayern in winter and confirmed that this would depend heavily on goalkeeping coach Toni Tapalovic. This is considered a close confidant of the injured Manuel Neuer.

“There is no relationship because neither have nor had any contact,” Backs explained to the picture and thus also caused criticism of Tapalovic. The tabloid concluded that Nübel will not return to Munich as long as Tapalovic is employed by the German record champions.

The Neuer side reacted in the person of consultant Thomas Kroth with incomprehension to the allegations. “Why doesn’t Alexander Nübel just call Manuel or Toni Tapalovic and calmly discuss the situation,” he explained in an interview with picture and complained, “Why all about the public?”

Kroth continued: “The two know each other and it was Tapalovic and Manuel who gave FC Bayern the recommendation early on to sign Nübel. So they played a big part in Nübel moving to FC Bayern in 2020.”

In addition, Tapalovic was responsible for the fact that the loan from Nübel to Monaco, which originally ran until the summer, went through. He is also said to have recommended Nübel to the then coach Niko Kovac.

At the beginning of the loan, there was reportedly a regular exchange between Nübel and Tapalovic. The former Schalke keeper even emphasized in an interview that he would need feedback from Munich.

Backs recently confirmed that FC Bayern is working on Nübel’s immediate return to compensate for Neuer’s absence by the end of the season. He recently said that dpa: “Basically, Alex has signed a contract with Bayern Munich in order to play there at some point. But there have to be requirements for that.” Nübel would need “maximum backing,” Backs continued.

The World Cup in Qatar is making FC Bayern’s coffers ring. Background: FIFA pays a bonus to each of the 398 clubs that have released players for the World Cup. This increases with every completed round.

Due to the pairing in the final (Argentina – France), it is now clear that the 16 World Cup drivers from FC Bayern have “earned” almost five million euros. With Dayot Upamecano, Kingsley Coman, Benjamin Pavard (France), Josip Stanisic (Croatia) and Noussair Mazraoui (Morocco), five professionals are still in action.

The bill: FIFA pays 9,600 euros per day at the World Cup. There are additional payouts for the round of 16, quarter-finals, semi-finals and the final.

Juventus Turin and AC Milan are apparently interested in Marcel Sabitzer. This is reported by the Italian portal Calciomercato.

Accordingly, Juve is already looking for a successor to Adrien Rabiot, with whom all signs are said to be goodbye. The Rossoneri needed it because they were dissatisfied with the development of the contract talks with Ismaël Bennacer.

According to that table football Should those responsible at FC Bayern flirt with selling Sabitzer, should Konrad Laimer’s desired commitment go through?