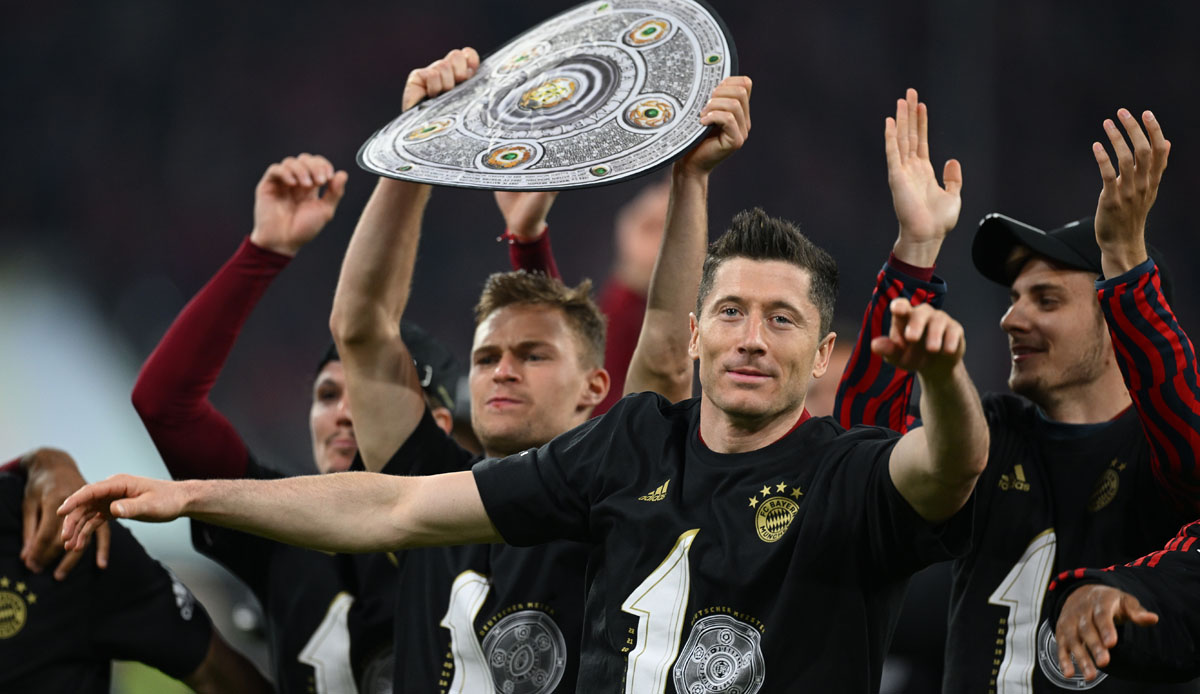 Goal scorer Robert Lewandowski, immediately after FC Bayern Munich’s tenth championship title in a row, avoided a confession as to whether he would still play for the German record champions in the coming season. Goalkeepers Manuel Neuer and Thomas Müller also commented on their future plans.

“There have been no talks with Bayern yet. It will probably happen. But everything that’s in the media isn’t true. Nothing special has happened so far,” said Lewandowski after FC Bayern’s 3-1 win over BVB sky. when asked about his future and possible contract extension talks.

Lewandowski’s contract expires in June 2023, and FC Barcelona, ​​among others, are hoping to sign the striker. Lewandowski on a possible contract extension at Bayern Munich: “It has to be right for both sides. Of course I’ll see what’s possible. It’s not such an easy situation for me.”

When asked if FC Bayern would do everything to keep him, Lewandowski replied: “You have to ask the club.”

Goalkeeper Manuel Neuer, whose contract also expires in 2023, also said skythat he has not had any talks with Bayern. “There hasn’t been a direct conversation with Bayern yet. The conversations will take place. The exchange is definitely there,” he said, but made it clear that he feels comfortable at FCB.

“Bayern isn’t pushing me. I feel very comfortable here. We have potential to play in the Champions League and that’s the most important thing for me,” said Neuer.

In the case of Thomas Müller, who is the first player to have won eleven Bundesliga titles and whose contract also expires in 2023, the signs are already clearly pointing to an extension. “Now let’s see what happens in the next few weeks. From today’s feeling it’s difficult to leave here,” he said.

Trainer Julian Nagelsmann said: “The truth lies in the coal. My wish would also be to extend with all four (Neuer, Müller, Lewandowski and Serge Gnabry). I trust in Hasan (Salihamidzic, the ed.) and Olli (Oliver Kahn, the Red.) and emphasized Robert Lewandowski’s importance for FC Bayern: “Lewandowski’s great importance is self-evident when you’ve seen his game.”