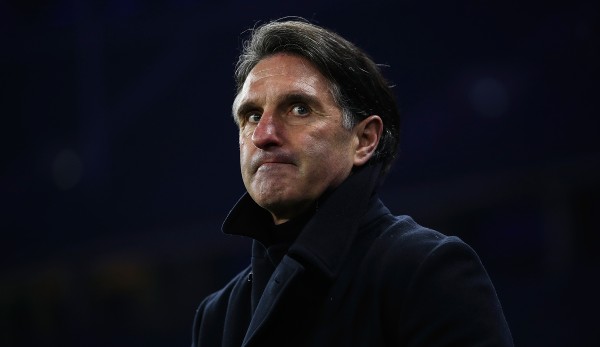 A little over two years ago, there was a great spirit of optimism around a modern VfB Stuttgart. In December 2022, the Swabians are faced with a pile of rubble, which Bruno Labbadia is now supposed to eliminate, of all things, a symptom of past problems. A comment.

VfB looked modern, future-oriented and seemed to have learned from their mistakes in the past. That was in 2020, when a spirit of optimism could be felt after being promoted to the Bundesliga in Stuttgart. Pellegrino Matarazzo was a new face on the sidelines. A blank slate with modern tactical ideas and a likeable charisma.

The club also positioned itself wisely off the pitch. As CEO, Thomas Hitzlsperger not only seemed to identify with the company, but also had competence. Sven Mislintat complemented a public trio that seemed to pull together.

VfB had sporting success again. Also because a clear sporting concept was recognizable for the first time in a long time. Stuttgart bought wisely. Young players came along who were not only talented but also embodied a modern, dynamic style of play – and ended up making big bucks when they were sold.

VfB Stuttgart: The spirit of optimism only lasted for a short time

The good work was rewarded with a strong ninth place in the first Bundesliga season. But then, little by little, everything fell apart. Hitzlsperger already announced in 2021 that he would not extend his contract, and then left even earlier. His relationship with President Claus Vogt was not uncomplicated.

The dawn of a modern age and the dawn of a time when internal disputes and individual needs are subordinated to the further development of the club – all just a temporary phase. VfB Stuttgart has long since arrived back in the past. Or worse: in reality.

Hitzlsperger’s successor, Alexander Wehrle, also fits in perfectly there. The 47-year-old never came to terms with sporting director Mislintat. No sooner had the top management changed than the well-known internal rifts and power struggles erupted again.

That Mislintat is an excellent squad planner, he has proven in almost all of his previous stations. Apparently, neither he nor Wehrle were able to find a common path for the benefit of the club. Instead, more people with potential for conflict were brought in. Philipp Lahm and Sami Khedira as consultants and Christian Gentner as head of the licensed player department. All of these roles fell under Mislintat’s area of ​​responsibility, who, according to media reports, is said to have been unaware of them.

And the fans? They have long felt that the well-known spectacle is about to start all over again. A petition for the whereabouts of the sports director and a lot of anger on social networks demonstrate the frustration of those who may suffer the most.

VfB Stuttgart: Bruno Labbadia as a symptom of old problems?

Now Mislintat is gone. Fabian Wohlgemuth inherits him. And VfB is again faced with a pile of rubble. This club has learned nothing from the past – although in the short term it looked as if it could become a role model for other chaos clubs. With Bruno Labbadia comes the next relic of bygone days. One from the famous phone book of the firefighters who tried again and again.

One that should bring stability, as VfB has now explained. But one coach alone will not be able to stabilize this club. This is primarily the responsibility of those who have now won their internal power struggles. Wehrle and Vogt are now under massive pressure.

And Labbadia? While everything about this decision seems dated and backward, he deserves a chance. He is almost chronically underestimated in Germany. Unlike other coaches of his generation, the Darmstadt native has proven over the past decade to be someone who can evolve and adapt.

Not only did he save VfL Wolfsburg from relegation, he even took them to Europe the following year. With good football to watch. Labbadia won’t be reinventing the wheel in Stuttgart, but if he’s given the freedom and support he can be successful in the short term.

But on the one hand, backing doesn’t seem to be VfB’s thing and on the other hand, Labbadia in Stuttgart is more of a symptom of old problems. As successful as he was at times, there were often quarrels with him in the medium or long term. It was never a sustainable solution.

It’s remarkable how close Stuttgart was to a stable future. And how quickly you fall back into old patterns. VfB is currently not a football club, but a daily soap. And the spirit of optimism turned into a spirit of demolition.