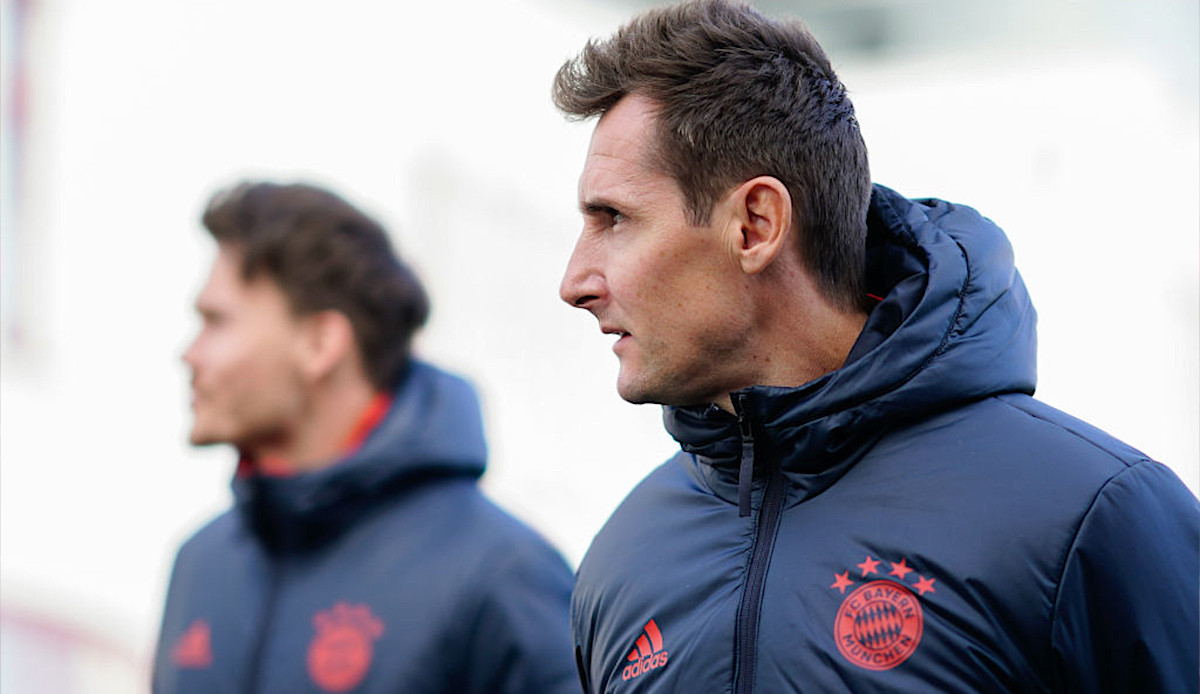 Rio world champion Miroslav Klose (43) is prepared for his first job as a coach of a professional team after a break due to a thrombosis.

“I’m ready because I feel ready. And I have come a long way to achieve it. I was able to experience a lot as a player, and then I got to know this young generation in my two years as a U-17 coach. After all, I was the training to become a football teacher is top for me, “said the 43-year-old im kicker-Interview.

Klose had most recently worked as Hansi Flick’s assistant for the German record champions Bayern Munich. Flick, now national coach, wanted to take Klose to the DFB, but the former striker turned down the offer in order to be able to work as head coach in the future.

“It was clear to me: Now I want to go my own way, gain new experiences and give a team a DNA. I want to be on the pitch every day. I have the fire and the euphoria,” emphasized Klose. According to Klose, “I don’t have any guidelines for myself. It just has to fit, I have to have a good feeling, and then we can start.”

The former center forward, who still tops the DFB’s “eternal” scorer list with 71 goals in 137 international matches, has now overcome his health problems. “It’s all good again. I don’t feel anything anymore. I’ve been able to do everything for a month and a half: soccer, tennis, running. The doctors have given the go-ahead. Everything is great,” said Klose.

He is now dying, continues Klose, “to convey my ideas to my players on the pitch. In spite of all the professionalism, it is extremely important to me to have a lot of fun.” He will “be communicative, as it is my way. I always say: leadership is also a relationship that you have to have with the players. You have to understand them.”