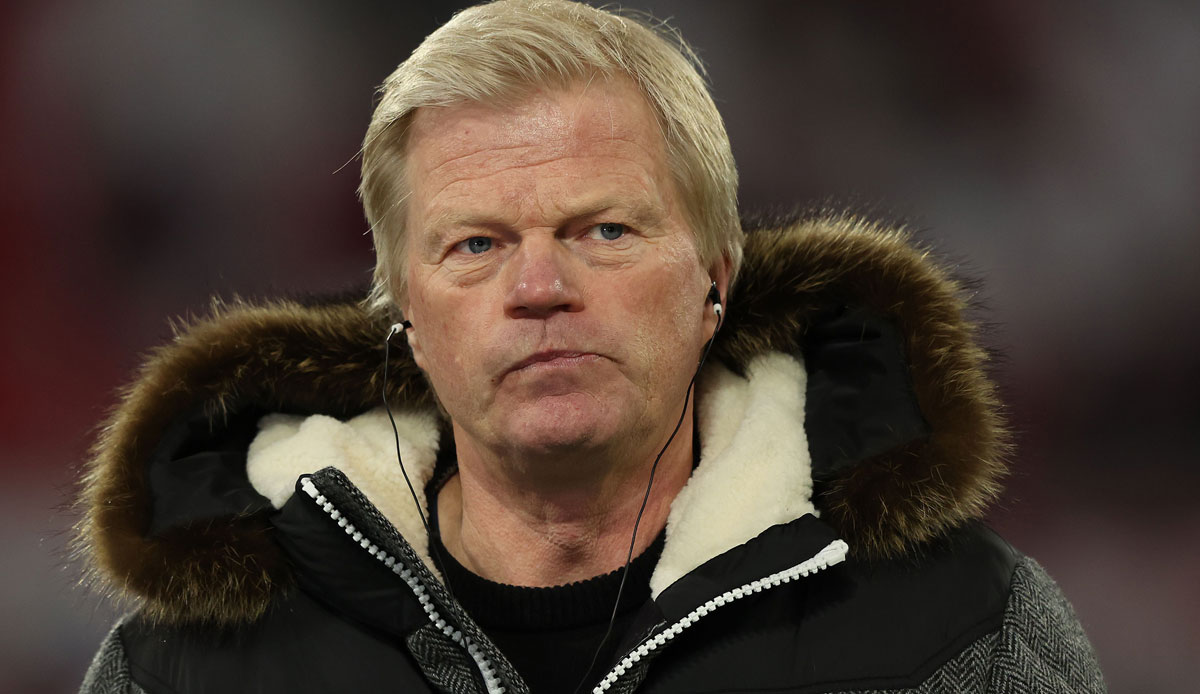 Oliver Kahn spoke out against the 50+1 rule. The CEO of FC Bayern Munich also commented on the entry of investors and the competitiveness of the Bundesliga compared to other top leagues. And to statements by BVB boss Hans-Joachim Watzke.

“FC Bayern would not benefit from an abolition because we have even stipulated 70+1 in our statutes. Nevertheless, it is our attitude that it should be left to the clubs themselves whether and to what extent they want to open themselves up to an investor.” , said Kahn in an interview with the sports picture.

When working with other big clubs from the ECA club association, he noticed that the rule was met with a lack of understanding internationally. “It’s not like anybody comes along and says, ‘Oh, that’s a great thing,'” he explained.

Kahn had recently complained about a “landslide disproportion” in the foreign marketing of the Bundesliga compared to the English Premier League. “There is nothing wrong with investing money in football. Many clubs, not only in England, are now successfully run by investors,” added the 52-year-old.

In Germany, the topic has a negative connotation due to the past events of Lars Windhorst’s engagement at Hertha BSC.

“We shouldn’t be constantly window dressing either. Many other clubs in the Bundesliga have successfully integrated investors for a long time,” clarified Kahn, who did not want to judge the situation in Berlin. With adidas, Allianz and Audi, Bavaria already has three large corporations “with whom we have been working successfully for years”.

Ranking of the clubs with the highest turnover: Bayern and BVB lose their feathers

Kahn contradicts Watzke: success is not just about money

On BVB boss Has-Joachim Watzke’s thesis that FC Bayern’s championship series can be explained by the better financial conditions (“There is a very clear correlation between financial expenditure and sporting success”), Kahn said: “I would disagree, that it has nothing to do with financial reasons.”

Instead, over the past decade, the record champions have had a “collection of very exceptional players at FC Bayern, of very special personalities who make the difference”.

Watzke had referred to the rise of PSG and Manchester City in the connection between money and success. Kahn didn’t want to let that stand either: “It’s not that easy to go over there and say: ‘Now I’ll just buy a successful team together.’ If that were the case, then Paris would long since have been Champions League winners and so would Manchester City.”

Kahn also made it clear that the German record champions will not become a training club. “Definitely not! Of course, the pandemic also hit us massively. And yes, something like that also eats into the fixed-term account. But we will continue to be sportingly and economically strong and attractive for top players in the future,” he said.

In the past there had been increased criticism of FC Bayern’s restrained transfer policy compared to other top clubs, especially from the Premier League. the table football also reported on a rethinking of future transfers. According to this, the focus should be on promising players “between 20 and 22 years”, who can then be sold profitably.

“We know exactly in which fields we are more than competitive and where we want to develop further,” said Kahn and added: “All of this makes me very positive that we can experience another successful Bayern decade.”

In this context, he also referred to the UEFA club ranking: “We are currently in first place in UEFA’s five-year ranking. In recent years, we have always outperformed other top European clubs, in terms of sporting success in comparison to the financial requirements.”

Kahn also commented on the reform of the Champions League from the 2024/25 season. Then, among other things, it should be possible to qualify using the wild card rule. “You can certainly argue about that,” he said, adding: “Allow me to ask a counter question: if a club finished fifth in the Premier League or Bundesliga but had previously won the Champions League twice, they still wouldn’t be there, they would have to play in the Europa League. He can now start in the Champions League with the best coefficient. Is that unfair?”

Accordingly, it is not a real wild card, “since the five-year rating is based on a performance criterion.” In the past, it had often happened in the Premier League that clubs like Manchester United or Arsenal FC could not qualify for the premier class via the national championship. Bayern last missed out on participation in the 2006/07 season after finishing fourth.

The quarter-finals in the Champions League between Villarreal and FC Bayern Munich will be played on Wednesday. The first leg of the clash begins at 9pm at the Estadio de la Ceramica in Villarreal.