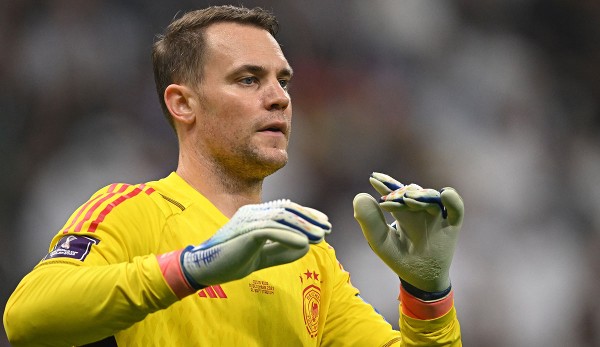 Oliver Kahn from FC Bayern Munich explained the difficulties in finding a replacement for Manuel Neuer and spoke out in favor of redistributing the TV funds. In addition, newcomer Daley Blind was officially presented at FCB. All news and rumors about FC Bayern can be found here.

Bayern Munich CEO Oliver Kahn has admitted difficulties in finding a replacement for injured goalkeeper Manuel Neuer. “Hasan Salihamidzic, Julian Nagelsmann, Marco Neppe and I discuss various options without hesitation. But replacing Manuel Neuer during the winter break is of course extremely difficult, especially since not many clubs want to give up their number 1,” said the 53-year-old in an interview with the picture-Newspaper.

The people of Munich hope that the rehabilitation period of the 36-year-old will be without complications. However, Kahn also noted that football is “a short-term business” and Bayern Munich has to think about it in the “here and now”.

Most recently, Yann Sommer from Borussia Mönchengladbach was considered a hot candidate, but the Gladbachers don’t want to let the Swiss go until they have found a replacement themselves. Bayern loan Alexander Nübel had recently publicly rejected an early return.

The Bayern boss has no doubts about the attitude of the five-time world goalkeeper of the year. “We know Manuel: He will give everything to get back in top form. And a Manuel Neuer in top form is still absolutely world class,” assured Kahn.

Kahn also spoke out in favor of redistributing TV money in favor of clubs with a high rating. “I’ve always advocated putting the idea of ​​reach in the foreground. Nationally, FC Bayern is responsible for a TV reach of around 35 percent, internationally even more. The Bundesliga needs strong top clubs that are internationally competitive,” explained barge.

He gave the reason for the “international competitiveness”, which for him makes the “attractiveness of the Bundesliga”. “This also includes the topic of top stars that fans around the world are interested in. All of this has to be financed,” Kahn continued.

Kahn, on the other hand, is critical of a redistribution of international TV money in favor of clubs that neither play the European Cup nor receive UEFA bonuses, as demanded by the CEO of VfB Stuttgart, Alexander Wehrle. “If the clubs that represent the Bundesliga internationally were to be cut financially, that would weaken the international attractiveness of the entire Bundesliga and thus its international competitiveness. In this respect, it’s a counterproductive thought,” said Kahn.

Despite its reach, FC Bayern receives a significantly smaller proportion of the TV money. According to Kahn, this is “already a form of solidarity.”

On Thursday, FC Bayern announced the commitment of defender Daley Blind. Sport director Hasan Salihamidzic is above all a fan of the versatility of the Dutchman. “We are delighted to have Daley join our team. Daley is a flexible defender, he can play on the left as well as inside. He has great international experience and leadership qualities. I’m sure he will help us,” explained the 46-year-old.

For Blind, the main factor was the chance of success. “I can’t wait to play here. We’re now facing the most important part of the season, which is about the titles – and a club like Bayern can win any trophy. The hunger for titles here at the club was crucial for my decision. I hope I can use my experience to help the team and I will give everything for Bayern Munich,” said the 32-year-old.

The Dutch international was most recently under contract with his training club Ajax Amsterdam. Between 2014 and 2018 he played for Manchester United. His contract with Bayern runs until the end of the season.