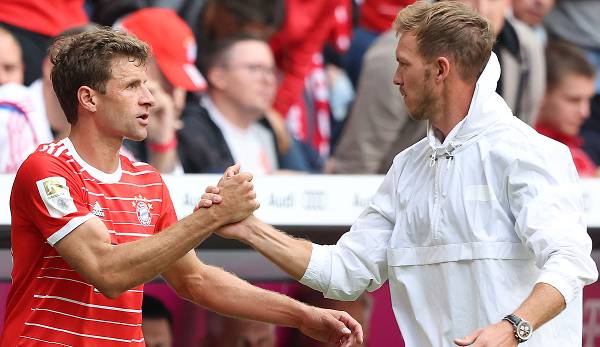 On Tuesday at 9 p.m. FC Bayern meets FC Barcelona in the Champions League. Coaches Julian Nagelsmann and Thomas Müller will answer journalists’ questions at a press conference on Monday. Here you can follow the PK from 2 p.m. in the live ticker.

This article will be continuously updated

Before start: FC Bayern will definitely have to do without Kingsley Coman (torn muscle) against Barcelona. Nagelsmann will probably reveal whether another player is out.

Before start: For the first time, Robert Lewandowski is returning to his old place of work as a FC Barcelona player. How will the Pole be received? “Lewy has done a great deal for the club. Of course, as a former player at these big titles, you wish that the reception would be warm,” said Müller.

Before start: After three draws in a row in the Bundesliga, Munich are under pressure. After all: The opening game in the premier class was won 2-0 at Inter Milan.