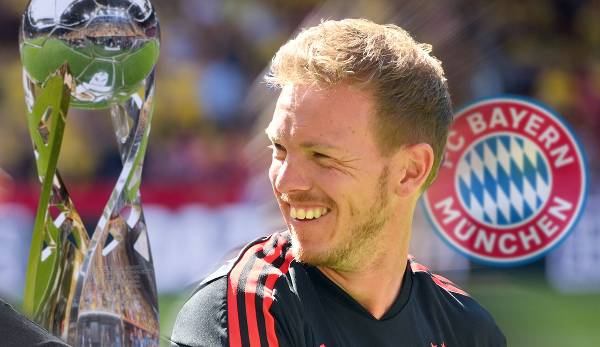 FC Bayern Munich is about to play its first competitive game of the new season. On Saturday, the Supercup against RB Leipzig is about the first title. You can find out what trainer Julian Nagelsmann reveals at the press conference on the personnel situation here in the live ticker from 12 noon.

FC Bayern Munich: Press conference before the Supercup today in the live ticker

Before start: With which staff does Nagelsmann want to start the first competitive game of the season? Does he trust star signings Matthijs de Ligt and Sadio Mane directly? From 12 p.m. the answers from the Bayern coach will be available here.

Before start: Nagelsmann apparently has to do without new signing Mathys Tel against Leipzig. Noisy picture the 17-year-old Sturm-Juwel has not yet been granted permission to play, but it should be available next week for the start of the Bundesliga.

Before start: On Saturday, the first title of the new season is at stake for the German champions when the duel with cup winners RB Leipzig is due in the Supercup. It starts at 8.30 p.m., and of course you can also follow this game live in our live ticker.

Before start: Welcome to the FC Bayern Munich press conference ahead of the Supercup against RB Leipzig. Coach Julian Nagelsmann will be answering journalists’ questions from 12 noon.

FC Bayern Munich: Press conference before the Supercup with Julian Nagelsmann in the live stream

As usual, FC Bayern Munich is offering a live stream from the press conference. From 12 p.m. you can follow all of Julian Nagelsmann’s statements live here ahead of the Supercup against Leipzig.