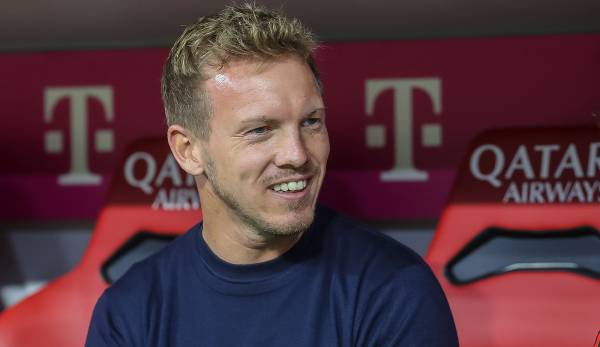 FC Bayern Munich meets Viktoria Pilsen in the third group game of the Champions League. Coach Julian Nagelsmann and central defender Dayot Upamecano will answer questions from the journalists before the game. We accompany the press conference in the live ticker.

FC Bayern – The press conference with Julian Nagelsmann and Dayot Upamecano in the live ticker: before the start

Before start: Attacking player Kingsley Coman could be an option again against Viktoria Pilsen. During the final training session on Monday morning, the Frenchman was back on the pitch with his colleagues after recovering from a torn muscle fibre. Coach Julian Nagelsmann, on the other hand, has to do without Thomas Müller and Joshua Kimmich, who tested positive for Corona. The injured Lucas Hernández (torn muscle) and Bouna Sarr (knee surgery) are also absent.

Before start: After four consecutive games without a win, FC Bayern got back on the road to success in the Bundesliga on Friday with a 4-0 win over Bayer Leverkusen. In the Champions League, Munich are in the best position with two wins from the first two games. Another three-pointer against Czech champions Viktoria Pilsen would take FCB a big step towards the round of 16.

Before start: Hello and welcome to the FC Bayern press conference before the Champions League game against Viktoria Pilsen on Tuesday (6.45 p.m. in the live ticker).

As usual, you can also follow the press conference with Bayern coach Julian Nagelsmann and defender Dayot Upamecano in the live stream. FC Bayern makes this available free of charge on its website. Right this way.

FC Bayern Munich: The next games