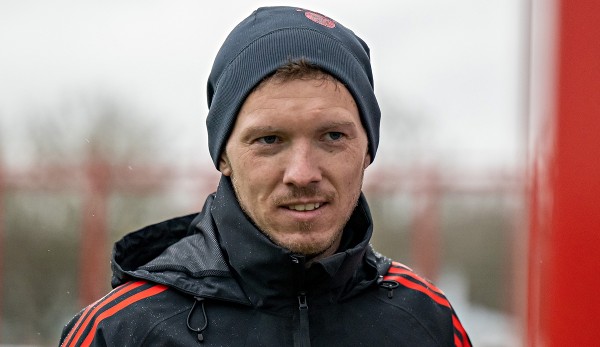 Bayern head coach Julian Nagelsmann will answer questions from the media at a press conference on Sunday from 11:30 a.m. German time at the training camp in Doha, Qatar. SPOX accompanies all statements by the FCB coach in the live ticker.

FC Bayern Munich: Press conference with Julian Nagelsmann in the live ticker – before the start

Before start: There will certainly also be questions about Yann Sommer’s personnel and what the next steps will be after Borussia Mönchengladbach’s cancellation.

Before start: In addition, Julian Nagelsmann could provide information about the current schedule for a return from Noussair Mazraoui. The right-back was infected with the corona virus at the World Cup in Qatar and subsequently suffered from a mild inflammation of the pericardium.

Before start: Marcel Sabitzer is also expected in Doha this Sunday. The midfielder was unable to travel with the team on Friday due to a flu infection.

Before start: Recently there was some confusion in the training camp. However, a flooded training ground and a smoking cable box did not disrupt the Bayern training session.

Before start: Nagelsmann and his team are currently in the training camp in Doha. FCB already traveled to the capital of Qatar on Friday. They stay at the Aspire Academy for six days before heading back to Germany for the final preparations for the second half of the season. You can find FC Bayern’s entire winter timetable here.

Before start: Hello and welcome to the live ticker for the press conference with Julian Nagelsmann, coach of FC Bayern Munich. It starts at 11:30 a.m.

As an alternative to our live ticker, FC Bayern also offers a free live stream. You can find this directly at FC Bayern.