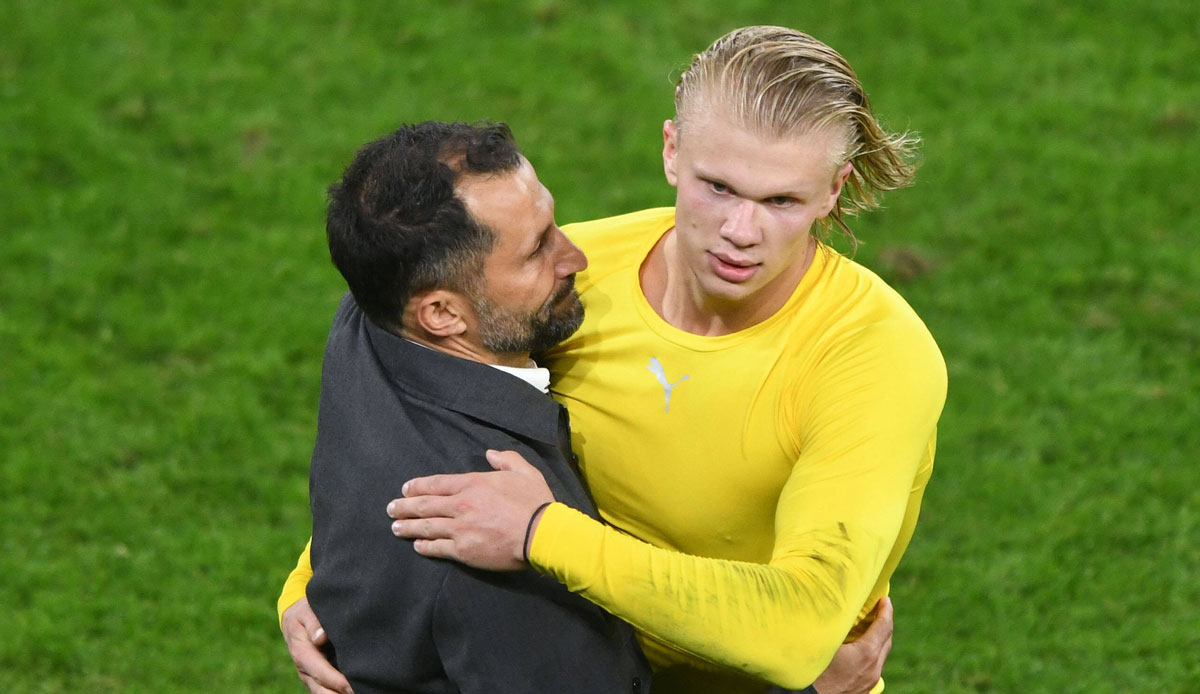 Did BVB striker Erling Haaland meet FC Bayern? the Picture-Newspaper claims to have learned of a secret meeting.

Accordingly, an hour-long conversation took place in the villa of FCB sports director Hasan Salihamidzic at the beginning of March. Haaland was actually in Munich at the time to have his muscle injury treated.

When asked by the medium, FC Bayern did not make any statement, which in turn means that they do not deny the meeting.

CEO Oliver Kahn recently confirmed that Bayern have already considered signing the striker sports1: “We wouldn’t be doing our job properly if we didn’t deal with a young striker like him.”

However, according to Kahn, the rumored overall package of around 350 million euros is “very, very far from what we imagine.”

Real Madrid and especially Manchester City have been the most likely buyers for the 21-year-old for weeks – even if the expert Jan-Age Fjörtoft, who is familiar with the Haaland family, said a few days ago that Bayern are still trying to get a transfer .

The transfer poker, which has been going on for months, could take longer than previously thought. So far it was assumed that the Norwegian’s clause had to be activated by April 30th.

The Norwegian TV broadcaster TV2 denied this on Tuesday and instead spoke of a deadline until June. The broadcaster also stated that Manchester City had already secured the financing of the immense Haaland salary, while this was causing problems for their closest competitor Real, also due to the likely transfer of Kylian Mbappe.