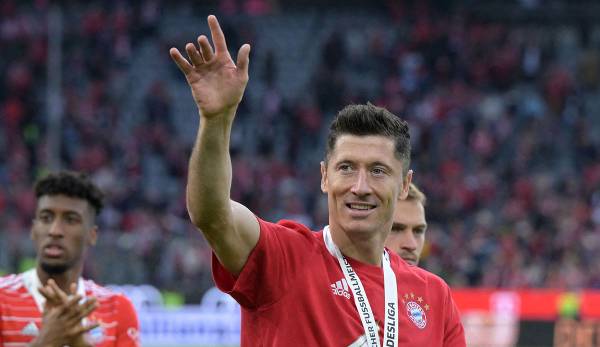 Robert Lewandowski has informed FC Bayern that he does not want to extend his contract with the record champions. The 33-year-old striker wants to leave FCB by 2023 at the latest. Why does Lewandowski want to leave? Where could Lewy go and how does FC Bayern react? SPOX provides answers to the most important questions about Robert Lewandowski.

FC Bayern: Why does Robert Lewandowski want to leave FCB?

There are several reasons for Robert Lewandowski’s desire to change. Basically, the 33-year-old Pole seems to be looking for a new challenge. In addition, he apparently no longer felt valued at Bayern Munich. There is the late start of talks with Lewandowski’s advisor Pini Zahavi, with whom the Munich team first spoke about a new contract in April. The current contract expires in 2023.

Lewandowski is also said to be upset that Bayern were interested in signing Erling Haaland until the very end. The Norwegian is now moving to Manchester City, but that hasn’t dampened Lewandowski’s anger. But on the contrary. In addition, the striker’s relationship with coach Julian Nagelsmann is said to be clouded, which could be an additional reason for leaving. Nagelsmann, on the other hand, always emphasizes how important it is for him to keep his best striker.

FC Bayern: How does FCB react to Lewandowski’s change request?

The official version is: No sale before the end of the contract in 2023. But apparently the initially very stubborn “no” to a premature Lewandowski departure has changed and the tongue is apparently becoming looser. According to reports, FC Bayern could become weak from an offer of 40 million euros and at least talk about selling Lewandowski this summer.

This would prevent another regular player from being lost without a transfer and free up the budget in the short term to sign a successor. However, the Munich team must also determine for themselves whether the sporting equivalent would be given in a sale or whether a player who is still guaranteed to score more than 40 goals per season should not be kept in order to then find a successor in peace.

How quiet the search would be is also an issue. If you listen to the scene, Lewandowski would not be nearly as relaxed about staying as he was in Dortmund when BVB sentenced him to stay in the last year of his contract and then move to Bayern on a free transfer. But Lewandowski is now 33 and apparently doesn’t want to waste any more time. So Bayern are under pressure if Lewandowski is serious and wants to push through his change.

There are currently a few names in circulation, although it is unclear whether FC Bayern has already taken any concrete steps if it has been clearly stated that they do not want to sell Lewandowski. Names such as Sebastien Haller, in which BVB is also interested, and the names of Patrick Schick (Bayer Leverkusen) and Romelu Lukaku (Chelsea FC) are traded. The latter in particular would hardly be financially feasible, even if Bayern would certainly have some leeway in the event of a sale including transfer fee and saved Lewandowski salary.

FC Bayern: Where does Robert Lewandowski want to go?

Robert Lewandowski’s declared goal seems to be FC Barcelona. There they speak very openly and repeatedly about the interest in Lewandowski, even though coach Xavi Hernandez expressed that a Lewandowski transfer would be “complicated”. This is probably mainly due to the fact that FC Barcelona is currently unable to pay Lewandowski at all because the financial leeway is simply not there and Barcelona would have to pull some levers to even think about it.

However, the information that has become public, according to which Lewandowski does not want to extend Bayern Munich, could also attract other interested parties. The fact that the media found out about this could be an attempt to send a signal to the market that Lewandowski is now open to offers. However, it is also clear that the alternatives are not too great. On the one hand Lewandowski wants to win the Champions League, on the other hand it costs a lot.

The sports board of FC Bayern Munich is under a lot of pressure. Salihamidzic is blamed for the apparently weakening squad and the loss of important top performers at no cost. Another point of criticism is that FC Bayern apparently reacted too late to one or the other player (like Antonio Rüdiger) and reinforcements were missed.

For Salihamidzic, the Lewandowski cause is the most difficult task of his tenure. If FC Bayern Lewandowski loses on a free transfer in the summer of 2023, that would be just as fatal as selling the best striker of recent years without finding an adequate replacement. FC Bayern would then have to seriously worry about their sporting ambitions. Salihamidzic’s contract in Munich only runs until 2023. It is doubtful whether he can extend it if he cannot solve the Lewandowski problem.