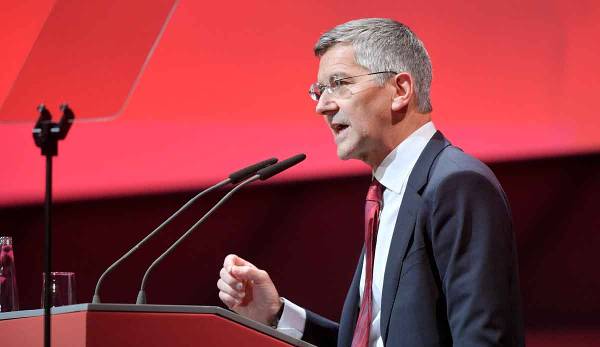 The annual general meeting of FC Bayern Munich takes place on Saturday evening. What’s on the agenda? Is there another scandal? And what about Qatar? Questions and answers.

FC Bayern AGM: where and when?

The annual general meeting of FC Bayern Munich begins on Saturday, October 15th at 6 p.m. in Munich’s Audi Dome. Only people who have belonged to the club since at least January 1, 2022 and have reached the age of 18 have access. The event will also be streamed online on the club’s digital channels.

Compared to last year, significantly more participants are expected this time. This is due on the one hand to the more relaxed pandemic situation and on the other hand to the scheduling for a weekend. In 2021, the AGM took place on a Thursday evening, which made it difficult for members to travel from outside of Munich.

FC Bayern AGM: What elections are coming up?

Herbert Hainer is standing for re-election as President. “I would consider myself very lucky to serve the club as president for another three years,” the 68-year-old was quoted as saying in an official statement. “It’s an honor to be a part of this club with its unique fan community.”

In 2019, Hainer was elected to succeed Uli Hoeneß with around 98 percent of the votes. “He will certainly do worse in this election than last time. But I still expect a clear result,” said Alexander Salzweger SPOX and GOALS. He is spokesman for Club No. 12, the association of active Bayern fans.

professor dr Dieter Mayer and Walter Mennekes are again running for the post of Vice President. In addition, the honorary council is elected, which should mediate in the event of differences between individual members and the board of directors.

The official agenda includes nine items, and compared to last year there is no “Applications” category – which is probably due to the fact that there is none this time. Salzweger is “so far not aware of any applications from the organized fan scene”.

Ahead of last year’s AGM, a motion submitted by member Michael Ott to vote on continuing the controversial Qatar sponsorship was rejected, causing confusion.

JHV of FC Bayern: Is there another scandal?

“Hainer raus” calls, the spontaneous speech of a member on a chair and a completely served Honorary President Uli Hoeneß: Last year, FC Bayern’s AGM ended with a scandal. Because of the rejected Ott application, there was a fundamentally irritable mood, and the bizarre scenes were finally triggered by the premature termination of the event, despite the lack of speeches from some members.

Whether similar scenes are threatening this time “depends on the leadership of the meeting,” says Salzweger: “If President Herbert Hainer and Prof. Dr. Mayer had let people finish speaking at the end last year, it certainly wouldn’t have been so banging. Those responsible have at least quickly realized that they were too arrogant.” In fact, Hainer showed his understanding shortly afterwards: “In retrospect, it would certainly have been better to continue.”

Salzweger also sees the structure of the event as one of the reasons for last year’s escalation, as he noted in an interview with SPOX and GOAL in September: “Why is there a financial report from the AG at a general meeting of the eV? Why are trophies presented for half an hour, that we’ve all seen at the award ceremonies in the stadium? And at the end it’s: Sorry, we don’t have time for discussions anymore.” In fact, the agenda item “Miscellaneous” at the AGM 2021 only started shortly before midnight.

According to Salzweger, this criticism was also made at a club member workshop a few weeks ago: “Everyone said: Tighten the program. Of course, the items on the agenda have to be worked through. The only question is how long. Tightening is less important with the agenda itself, but with how you live it.” He expects that “the club has understood and will adjust it”.