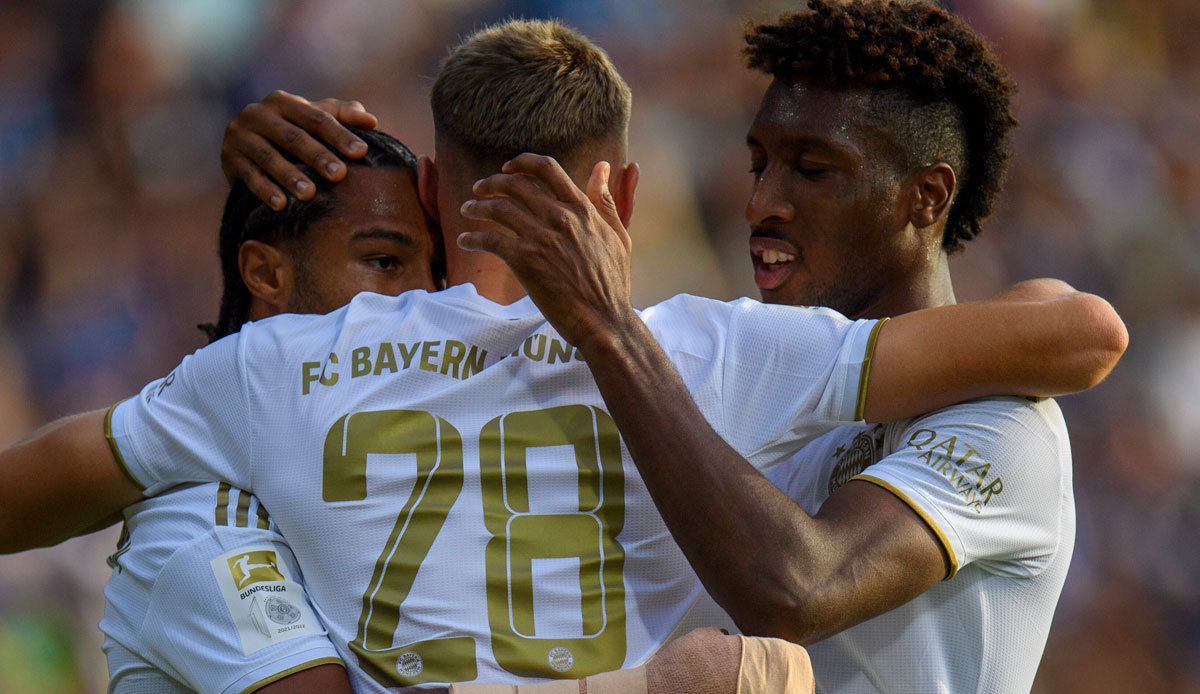 FC Bayern Munich is said to be thinking about a spectacular barter deal next summer: How Calciomercato web reported that the German record champions are interested in attacking player Rafael Leao from AC Milan. In return, Kingsley Coman could reportedly switch to the Italian champions.

According to the report, Bayern hope that Leao will not extend his contract in Milan, which expires in 2024. Then they want to submit the exchange offer with Coman to the Rossoneri, although the Frenchman had extended his contract in Munich until 2027 at the beginning of 2022.

Leao made his breakthrough at Milan last season and is now one of the most sought-after attacking players in world football. Real Madrid, Chelsea and Manchester City are also said to be interested in the 23-year-old Portuguese international. So far this season, Leao has scored eight goals and eight assists in 21 competitive appearances.

Coman hasn’t really got going at Bayern this season either because of intermittent injury problems. The 26-year-old Frenchman has provided one goal and five assists in 14 appearances so far. Incidentally, Serie A would not be new territory for Coman: After all, the Parisian played for Juventus in the 2014/15 season before moving to Munich.