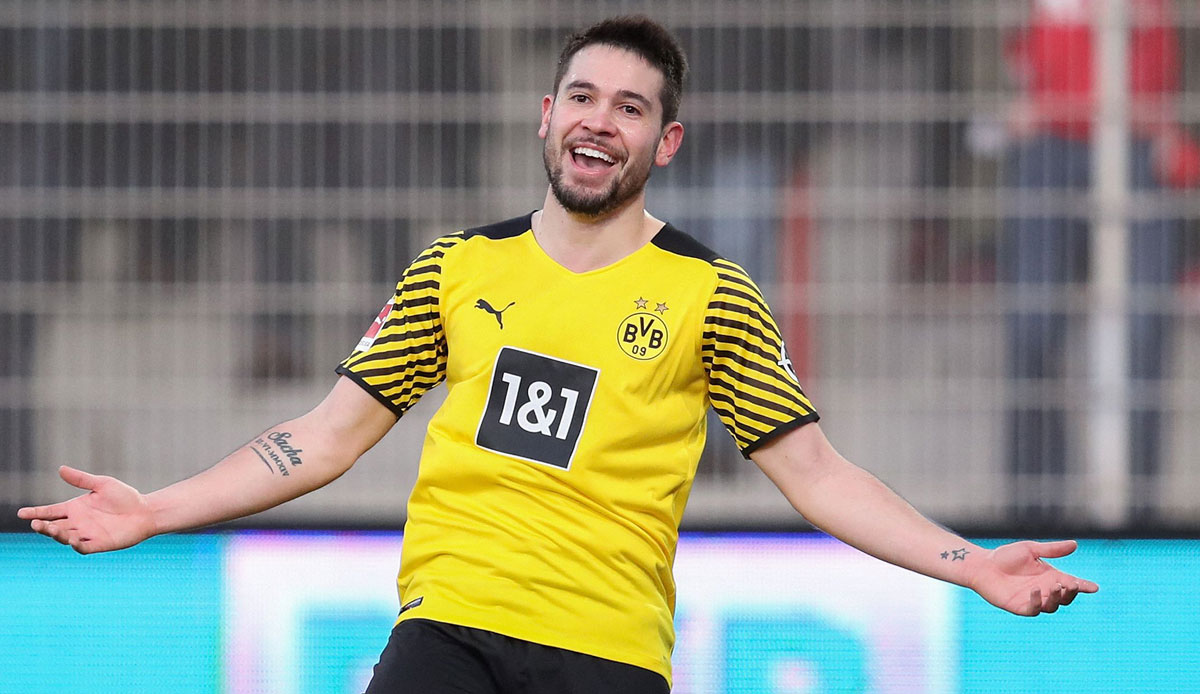 Borussia Dortmund’s Raphael Guerreiro has responded to criticism of his allegedly unprofessional lifestyle. Karim Adeyemi’s transfer is said to be nearing completion and sports director Michael Zorc criticizes the mood around Dortmund. You can find all the news and rumors about BVB here.

On Thursday they had Ruhr news reports that a contract extension for Raphael Guerreiro, who is tied to BVB until 2023, is not a sure-fire success. This has to do with the national player’s susceptibility to injury, and the Dortmunder Zeitung also wrote that the lifestyle was “only conditionally professional”.

The Portuguese has now responded to this on Twitter. “What unprofessional things? I’m trying to understand,” wrote the 28-year-old, adding a laughing smiley face to his tweet. He added sarcastically, “It’s nice to hear all of that in the article.”

According to Ruhr news it is possible that BVB is thinking about selling Guerreiro in the summer in order to achieve a transfer fee. Its market value is around 35 million euros.

It is now an open secret that Borussia Dortmund would like to sign Karim Adeyemi from RB Salzburg. Talks between the clubs have been going on for months, but now the change is said to be imminent.

At least that’s what I want sports1 have experienced. Accordingly, both parties agreed on a transfer fee of 38 million euros, which can increase to up to 41 million euros through bonus payments.

Adeyemi would be the most expensive transfer in Dortmund club history. The 20-year-old is said to have a five-year contract with BVB and earn just over five million euros a year.

In an interview with the Funke media group, the outgoing Dortmund sports director criticized the atmosphere around BVB. “For second place, no one pats you on the shoulder on Westenhellweg in Dortmund,” said Zorc.

The BVB veteran complains that the runner-up championship is taken for granted. “We almost always come second – and it’s not good enough for a lot of people. This atmosphere is a danger for the club and its 800 employees. We have to get away from the fact that if you don’t win the championship, you’re considered a failure. The latter will become the norm be, and we must still have the opportunity to attain satisfaction.”

For Zorc, the fight for the championship with FC Bayern Munich is “an unequal race”, especially in financial terms: “We made 285 million euros less in sales than FC Bayern in the last financial year. This difference means that Bayern , as far as salaries are concerned, we can do about ten Gnabrys more than we can.”