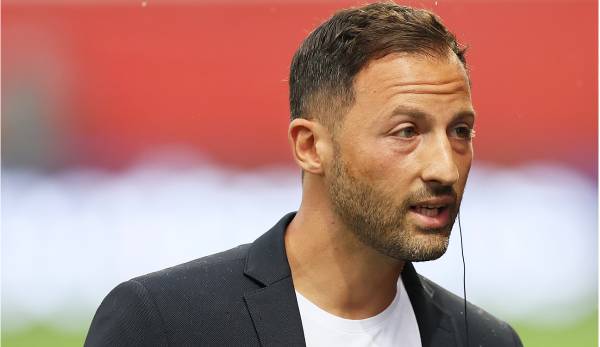 When looking for the reasons for RB Leipzig’s completely unsuccessful start to the season, many paths lead to managing director Oliver Mintzlaff. But coach Domenico Tedesco is also slowly coming under pressure and now has to provide answers.

A week ago, Oliver Mintzlaff spoke of his team’s “crappy start” to the season and maybe it was a good thing that RB Leipzig’s managing director was reluctant to make public statements after his team’s defeat against Union Berlin this time.

With two points from the first three games of the season, Leipzig had the worst start to the season in its still young club history. It should be of little consolation to the cup winners that at Bayer Leverkusen the excitement is even greater after four bankruptcies from four competitive games and that the fans of Borussia Dortmund are already having their first doubts about the restart operation.

The unsuccessful start to the new season is not that surprising. Leipzig has made a few mistakes too many in the last few weeks and months and is now getting the reward.

Less than three months after the great success in the Berlin Cup final, Leipzig has accumulated problems at all levels that could reverberate even worse than those of the other disappointed top club from Leverkusen: because they are of a fundamental nature and not a casual appearance or lack of luck. A classification.

RB Leipzig has been looking for a successor to Markus Krösche as sporting director for over a year. He went to Frankfurt somewhat disillusioned, because in Leipzig he was declared a strong man in the sporting field, but ultimately he was not allowed to make enough decisions himself and no longer saw the basis for further cooperation with Mintzlaff, among others.

Mintzlaff himself gave an interview about the Cologne game a few days ago sky and revealed: “One is coming because we need him too. RB Leipzig has a strong, sporty man, a figurehead. We want the right one, and we’ll present it soon!” That should happen soon, so Mintzlaff – but nothing has happened since then.

The search is becoming more and more of a posse. In July, RB “rejected the candidate with whom we agreed for a variety of reasons. One reason for this was that, surprisingly, another door opened for us at the same time, which means an extremely great opportunity for us,” said Mintzlaff explained at the time.

It may all have something to do with the fact that any candidates are deterred by Mintzlaff’s power and the dysfunctionality in the club. RB actually needs a sports manager and not “just” a sports director. Someone who can act at eye level and at the same decision-making level as Mintzlaff.

With such a strong man, the transfer summer would have been a little different. Leipzig managed to extend Christopher Nkunku’s contract. This is a great success, but the background or possible concessions to the player remain hidden.

The transfer balance also looks pretty decent at first glance: in addition to a few supplementary players, Leipzig only had to or wanted to give up Nordi Mukiele in the summer. And in return, brought in two German national players in David Raum and Timo Werner. Plus Xaver Schlager, who could still play a good role in midfield. Leipzig have succeeded in some spectacular transfers – but their actual sporting value remains questionable.

The imbalance in the squad can hardly be denied after the first competitive and also a few test games and the suspicion arises that without the appropriate sporting expertise in the background the actual construction sites in the squad were missed. In any case, the gap in quality and performance between offense and defense is enormous.

While RB has four center forwards in attack, there is only one trained right-back in the squad. The quality and performance of the offensive players is impressive, but there are some doubts about the defensive players. With Willi Orban, Mohamed Simakan and Josko Gvardiol, Leipzig only has three central defenders available, which should hardly be enough for the idea of ​​​​the three-man chain and the triple burden of the upcoming English weeks until the start of the World Cup.

The Werner transfer was also one for the heart and identification. From a sporting point of view, however, the return campaign remains just as questionable as the purchase of space. RB already had a player with his qualities in the squad, but Angelino was loaned to Hoffenheim in return.

Domenico Tedesco has some construction sites that also go back to the current transfer policy. The coach wants or has to set up players in different positions due to a lack of alternatives. In Stuttgart and against Cologne, striker Hugo Novoa acted as a right rail player, Dominik Szoboszlai and Benjamin Henrichs suddenly formed a double six against Cologne – one is an attacking midfielder, the other is actually intended for the right flank.

In general, the central midfield has been a weak point so far. Some players are in a low state of performance and are currently experiencing what it means to motivate themselves again after a great success and then to work even more diligently, meticulously, better: they didn’t know that in Leipzig. And some problems are also inherent in the system.

With the three or five man chain plus the two currently seeded attackers Werner and Nkunku and the only ray of hope Dani Olmo, only two field player positions remain in midfield. Now this, the nucleus of Leipzig football, has been thinned out by at least one position, which has a significant impact on the team’s performance.

The classic Leipzig focus on pressing and counter-pressing suffers, as you could see from the two goals conceded in Berlin, but also against Stuttgart and Cologne. There is not much left of the desired counterattack protection. Instead, the defensive line, which is often a bit more risky to the front, is surprised. Which then finds it difficult to delete the opponent’s deep balls because the current central defenders lack the necessary speed.

And how Tedesco now wants to build a functioning ball possession game with the oversupply of offensive players plus the cross donor space remains another urgent question. So far it has been the individual quality of the individual players that has caused the opponent to score. Clear processes or a solid plan of how to reconcile the many players and how they could also systematically fit together can only be guessed at at the moment.

Tedesco’s dissatisfaction with his team and perhaps with himself is clearly noticeable. The fact that his boss Mintzlaff appeared in the dressing room unannounced during the week and he “didn’t notice anything” shouldn’t have particularly pleased the trainer either.

RB Leipzig: The mood in the club

Mintzlaff’s unusually harsh criticism after the second day of play and his communication with the team over the head of the coach speak volumes. And even if the managing director then tried to classify his words, the feeling remains that there is a lot of crunching and that the work, especially for the coach, is not getting any easier.

He, in turn, put his team in the laces after the defeat in Berlin. “The problem wasn’t the match plan, but sticking to the match plan,” was the coach’s verdict. “Before both goals we conceded, we played the ball in areas that are poisonous, in which we definitely didn’t want to play.”

In the second half of the past season with the highlight of the cup victory, everything was not always perfect at RB. The team had a few weaknesses, but they were able to hide them well with their then excellent team spirit and cohesion. So far there is very little to see. The individual parts are still among the best the Bundesliga has to offer. But they don’t go together very well at the moment.

The euphoria is gone, the impact is pretty hard. The home game against VfL Wolfsburg (Saturday, 3.30 p.m. in LIVETICKER) is therefore already taking on a particularly important character. “I don’t want to say that hard times are coming,” said Timo Werner. “But we urgently need to win a game – otherwise it will be really, really dark.”