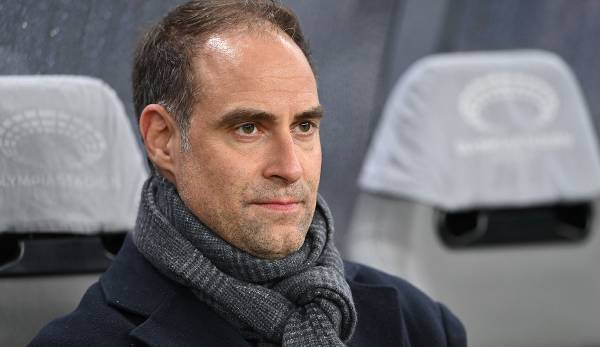 Oliver Mintzlaff has defended his club RB Leipzig against criticism. In addition, the head of management gave a dig at SC Freiburg with a view to the boycott of the scarf logo for the DFB Cup final.

Oliver Mintzlaff, CEO of RB Leipzig, has in the “double pass” from sports1 defended against the accusation that his club was not a traditional club. “It will look very different in 50 or 60 years. We are a proud club and an asset to the Bundesliga.”

Regarding RB’s goals, Mintzlaff said: “We have the right to play at the top – knowing that others have more budget. We want to develop every year, but it would be arrogant to declare the championship now.”

But that is mainly due to the reigning champions, because “the fact is that FC Bayern is light years away. They have matured over many years, but also have completely different financial options,” explained Mintzlaff. “We and the players would have to slip into Superman suits all the time to stand up to Bayern. Of course we want to be there when FC Bayern is weak, but it’s utopian to say that we want to attack when these opportunities don’t exist there are.”

In general, he lacks respect: “These expectations bother me, even internally. Sometimes I feel like I have to apologize for a good season and it feels like we’re playing against relegation.”

RB Leipzig: “We chose a different model than Freiburg”

In the run-up to the DFB Cup final against SC Freiburg, the Breisgauer caused a stir because they refused to provide their club crest for joint fan scarves with RB. When asked about this, Mintzlaff said: “Perhaps you don’t claim that you can start things differently and start anew. We have chosen a different model for ourselves, we don’t have to justify anything.”

But he didn’t let himself be denied a small tip: “If the next election is due soon (to the DFL Presidium, ed.), then Oliver Leki (SC Managing Director, ed. ) then again behind closed doors show appreciation and say that he shares certain economic interests with us. That he has the same view as we do when it comes to the distribution of TV funds, so that he can get RB Leipzig’s vote again. But we’re very transparent, we don’t just do things behind closed doors.”