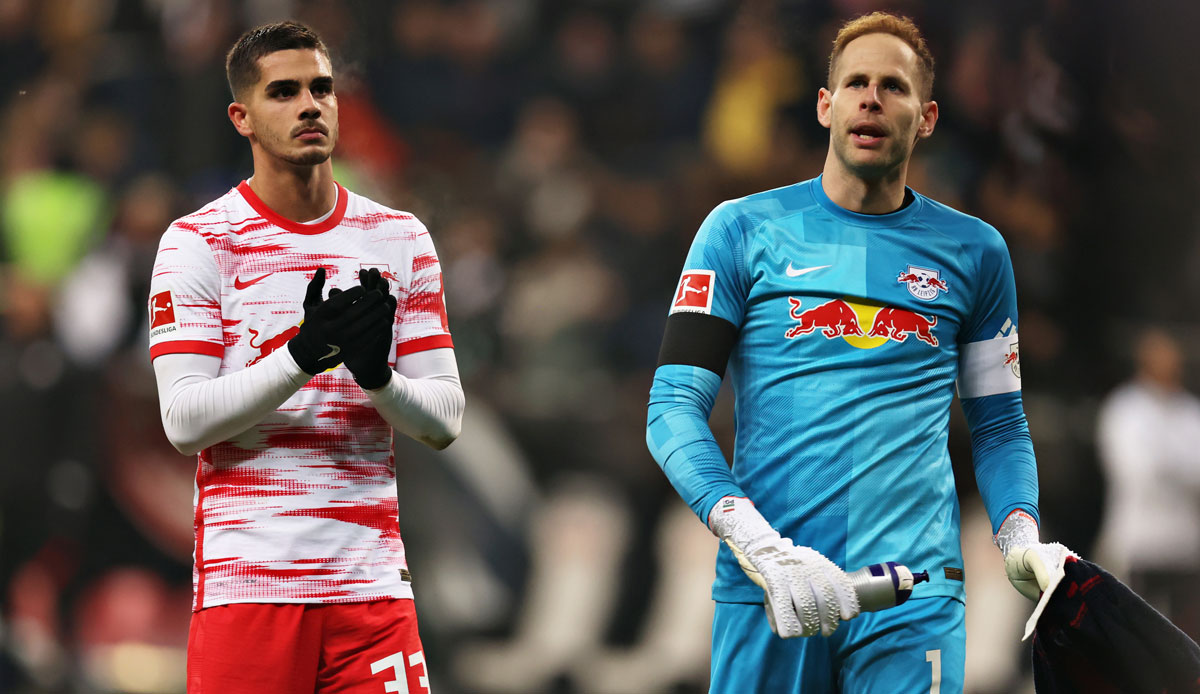 With the 1-1 draw against Eintracht Frankfurt, RB Leipzig once again carelessly left points. Coach Jesse Marsch comes up with a tough judgment.

The thoughts of the approaching premier class cracker with Lionel Messi, Neymar and Kylian Mbappe could not comfort Jesse Marsch. With a petrified expression, the trainer from RB Leipzig hoisted the white flag in the title race after only ten match days. “We are not a team that is ready to fight for the championship trophy,” said the 47-year-old, deeply disappointed after the unfortunate 1-1 (1-0) at Eintracht Frankfurt.

First the own usury of opportunities, then the last-minute shock with Tuta’s header hit (90th + 4) – all of this prompted Marsch to come up with a tough judgment. “We are not yet a top team in this league,” said the American in the ZDF: “We have to stay strong in our process. I said weeks ago that it was going way too slow for me. This game is an example.”

Instead of jumping on a Champions League place for the first time this season, the Saxons are stuck in the middle of the table. The gap to Bayern Munich is already ten points and Borussia Dortmund is nine points. “The fact that we conceded the goal in the last minute of stoppage time is extremely bitter and doesn’t feel like a draw, but a heavy defeat,” stated managing director Oliver Mintzlaff.

In the past few weeks, a steady and slow upward trend has been discernible, but not all cogs are meshing yet. King transfer Andre Silva is looking for his role, the runner-up is struggling with recurring problems. “We’re not sharp and consistent enough in front of the goal and make too many simple mistakes at the back,” said Marsch: “That’s our character at the moment.”

After Yussuf Poulsen’s opening goal (35th), RB flared no fireworks at the feared opponent from Frankfurt by far, but still had half a dozen best shot opportunities. Emil Forsberg (88.) even managed the feat of chasing the ball from five meters over the orphaned goal.

“We should have taken three points home today. It was a lot more in there,” said goalkeeper Peter Gulacsi. It is now a matter of finally becoming “more constant”. “We have to remain positive in our belief in our process and our group,” added Marsch: “It is sad for our group that the rewards are not coming so easily at the moment.”

Already on Wednesday (9 p.m. in the live ticker) that should change against the star ensemble of Paris St. Germain. By then, after the “deep disappointment” on Saturday, his team had to find a “positive” attitude again, said Marsch: “It’s a top game for the fans and for us. We have to win. We’ll be very excited about this game.”