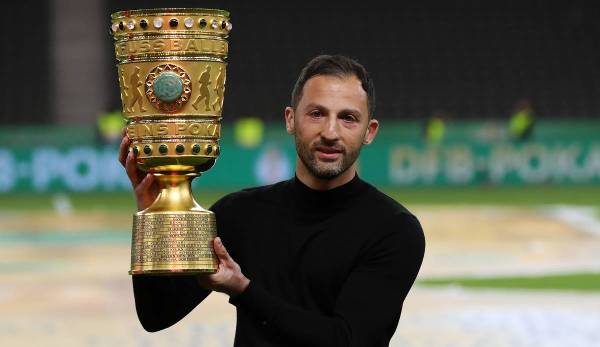 After the season is before the season! Just a few weeks ago, the season for RB Leipzig ended extremely successfully by winning the DFB Cup. Leipzig will soon be preparing for the coming season. Here we provide you with all the information about the RB Leipzig summer timetable.

RB Leipzig can look back on a successful 2021/22 season. In addition to the renewed qualification for the Champions League, the DFB Cup victory in particular is a source of great joy in Leipzig. However, the RB pros don’t have time to rest on their laurels from last season. The preparation for the coming season is just around the corner.

The summer break ends for Domenico Tedesco’s team on June 27th. On that day, training for the pros starts at Cottaweg in Leipzig, the RB training center. This means little time to relax, especially for the national players from RB Leipzig. A total of 16 professionals are in action for their national teams before the start of training, with Benjamin Henrichs and Lukas Klostermann also two players from the DFB.

Domenico Tedesco’s team will start their week-long training camp on July 10th. RB Leipzig is settling in Aigen im Ennstal in Styria this year to prepare for the season. RB has traveled to Austria for a training camp in recent years, but the small community in the Liezen district is new territory for Leipzig. RB will also hold a friendly at the training camp in Aigen, but the Red Bulls’ opponents have not yet been determined.

The highlight of the pre-season is likely to be the friendly against Liverpool on July 21. The duel against last season’s Champions League finalists will be a real endurance test before the start of the season.

RB Leipzig will play their first competitive game of the season against FC Bayern Munich on Saturday, July 30th. The DFB Cup winner RB Leipzig fights against the champions from Munich for the first official title of the season, the DFL Supercup. A week later, the league opener for the Red Bulls is on the agenda. Due to the termination of the Supercup, RB Leipzig does not have to play Teutonia 05 Ottensen in the first round of the DFB Cup until August 30th.

RB Leipzig: An overview of the past seasons

RB Leipzig has already celebrated some successes in the Bundesliga, Champions League and not least in the DFB Cup in recent years, even though the team from East Germany has only been playing in the Bundesliga since the 2016/17 season. This is partly due to the high budget of Leipzig, which is provided by Red Bull boss Dietrich Mateschitz.

However, the concept of RB Leipzig is anything but undisputed. For years there has been criticism from the fans, but also from the league competitors. The DFB Cup triumph last season made criticism of RB Leipzig louder again. In the Bundesliga, however, RB has risen to become a top club that has always fought for places in the European Cup.