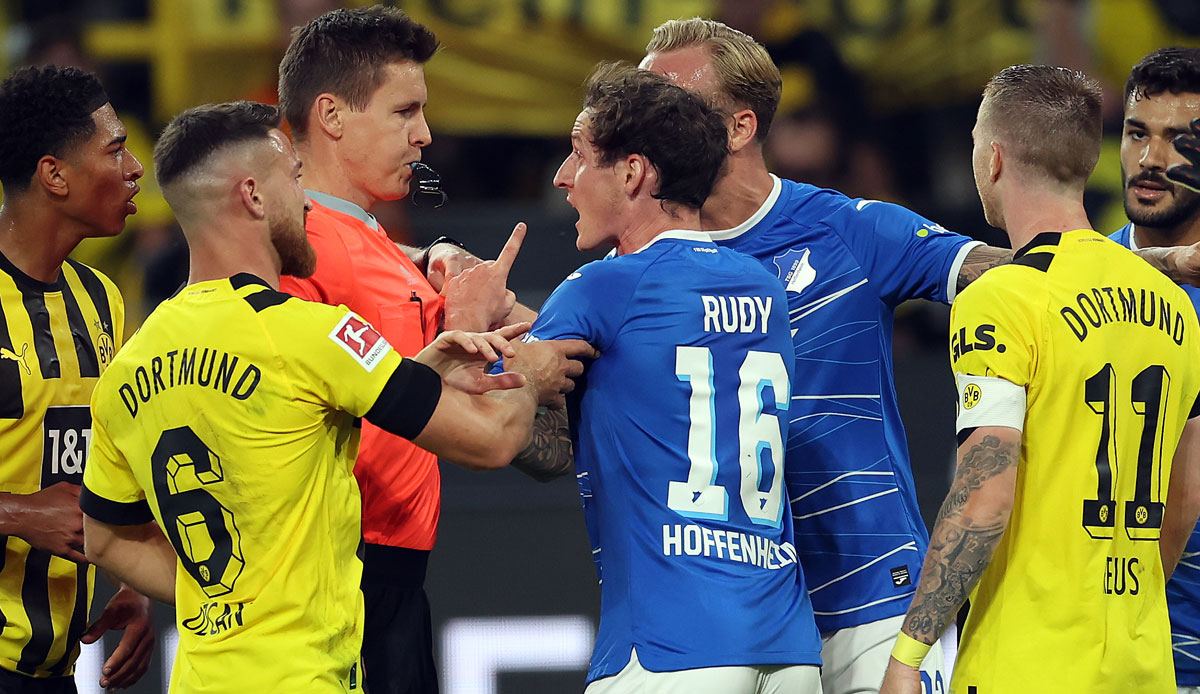 In BVB’s 1-0 home win against Hoffenheim, there was a commotion in the TSG penalty area before the break because an alleged handball by Ozan Kabak was not punished. Referee Daniel Siebert then explained his decision not to award a penalty.

In the first half of the Bundesliga game between BVB and TSG Hoffenheim (1-0) on Friday evening, TSG defender Ozan Kabak apparently blocked a cross from Dortmund’s Marius Wolf in the penalty area with his arm. Despite the short distance, the TV pictures showed a clear movement of the arm, which was on the player’s back, towards the ball. However, there was no penalty whistle.

Referee Daniel Siebert then explained the decision sports1: “In the game I had good vision, it’s a scene that the referee can expect. The player Kabak has his hand on his back and actually does everything to prevent a handball. Then his hand goes out a bit, he wants to solve the position. For me on the field, the hand position was not punishable.”

According to Siebert, the main criterion for his decision was that Kabak’s arm was not stretched far from the body and the action was a normal movement of the defender. “If you want to accuse me of something bad or a mistake, you say: Yes, the hand goes into the trajectory. I saw it more as if the player wanted to release the position in order to move, and he puts his hands to the side . But not so punishable that I choose penalties.”

From Siebert’s point of view, the fact that VAR ultimately didn’t move him to make any other decision was because it wasn’t a clearly wrong decision: “You don’t have to think if I had given the penalty today that we wouldn’t be here. I’m closed 100 percent sure when I hear the interviews from Hoffenheim that they would have complained about it.” Because: “I would be standing here as well and would have to defend the whistle. It’s a thankless situation.”