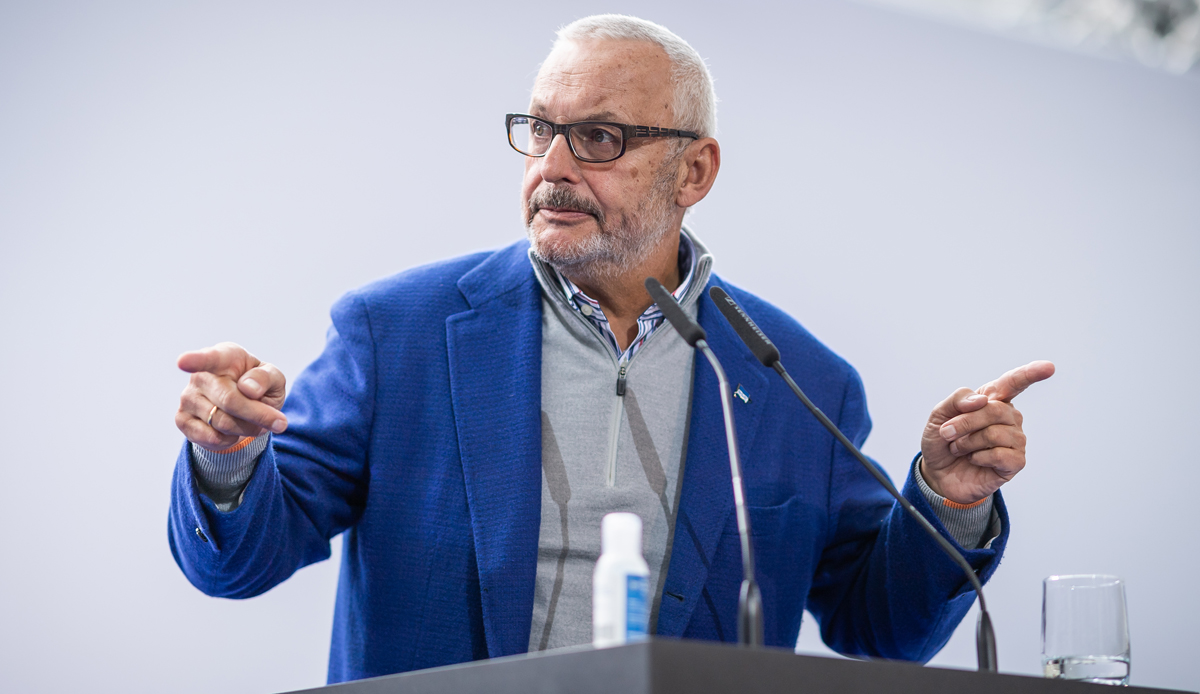 Werner Gegenbauer is after 14 years as President of Hertha BSC before the end. The 71-year-old could forestall a possible deselection with a voluntary resignation.

Before the general meeting on May 29, two motions to vote the incumbent president out of office were submitted. One only calls for Gegenbauer to be dismissed as Hertha boss, the other application aims to replace the 71-year-old and his representative Thorsten Manske.

As several Berlin media reports, however, Gegenbauer could forestall the members being voted out and voluntarily resign.

The Hertha President is currently engaged in a bitter power struggle with investor Lars Windhorst. He had called on the members of the association to vote Gegenbauer out of office. It is no longer possible “to achieve something together as a team under the leadership of Mr. Gegenbauer,” said Windhorst a few weeks ago picture.

Among other things, Gegenbauer is criticized for the lack of development in the club. Many fans blame him for the sporting crash, Hertha’s bad image and the problems surrounding a new stadium.

With the entrepreneur and former leading member of the ultra group Harlequins ’98, Kay Bernstein, there is already a possible successor to Gegenbauer’s presidency. A three-quarters majority of the Hertha members present and entitled to vote would be required for a change of office.