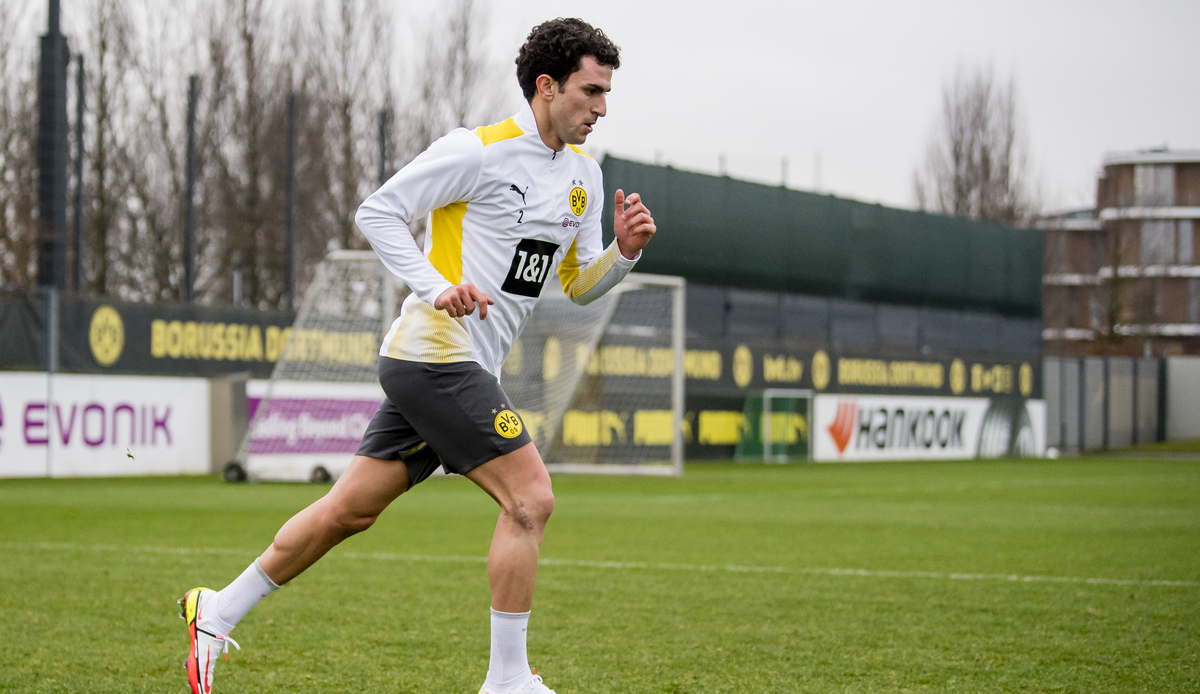 Right-back Mateu Morey could celebrate his return to the pitch this season. Sebastian Kehl corrects his statements about Marco Rose. Also: The transfer from Karim Adeyemi to Dortmund is picking up speed. You can find all the news and rumors about BVB here.

At BVB, a long-term injured person could be on the field immediately before returning. As the picture reports, Dortmund right-back Mateu Morey is making great strides in his recovery from a cruciate ligament rupture.

The 22-year-old twisted his knee more than a year ago (May 2, 2021) in the DFB Cup game against Holstein Kiel and has since been out. Under coach Marco Rose, Morey has not been used at all this season.

He also had to undergo two surgeries last summer. In the first operation, the capsule and the outer ligament were patched, and in the second operation in July, it was the anterior cruciate ligament.

According to the report, there are now hopes in Dortmund that Morey can be welcomed back into the BVB squad this season. The right-back switched from FC Barcelona’s U19s to the Black and Yellows in 2019. Last season he played 29 times for BVB.

Dortmund’s future sports director Sebastian Kehl has corrected his vague statements about the future of BVB coach Marco Rose. “I can clearly say that I phrased it very poorly and without any great intention,” said Kehl on Sunday in the Sport1 double pass.

Before the 3: 1 on Saturday at SpVgg Greuther Fürth, the 42-year-old had caused irritation. When asked if Rose would still be a coach next season, Kehl answered twice on Sky: “I’m assuming that’s the case today.”

He knows “what will be made of it,” said Kehl on Sunday: “But I can clearly say that I am planning the season with Marco, that we are currently preparing for transfer issues, for example. We discuss everything together. “

According to Kehl, they will now “sit down after the season. We have a few things to discuss, and certainly a few critical things to analyze. Then I hope that we can tackle this together in the new season”.

Twelve seconds!? These are the fastest BVB sending offs

The transfer of national player Karim Adeyemi from RB Salzburg to Borussia Dortmund is apparently close to completion. “It could be quick now. I wouldn’t rule out that it could be announced quickly,” said RB sports director Christoph Freund on Sunday sky.

Kehl had previously stated that he expected “that we will make progress with Karim this week”. Attacker Adeyemi (20) is said to cost a base fee of around 30 million euros.

BVB: The last game of the season