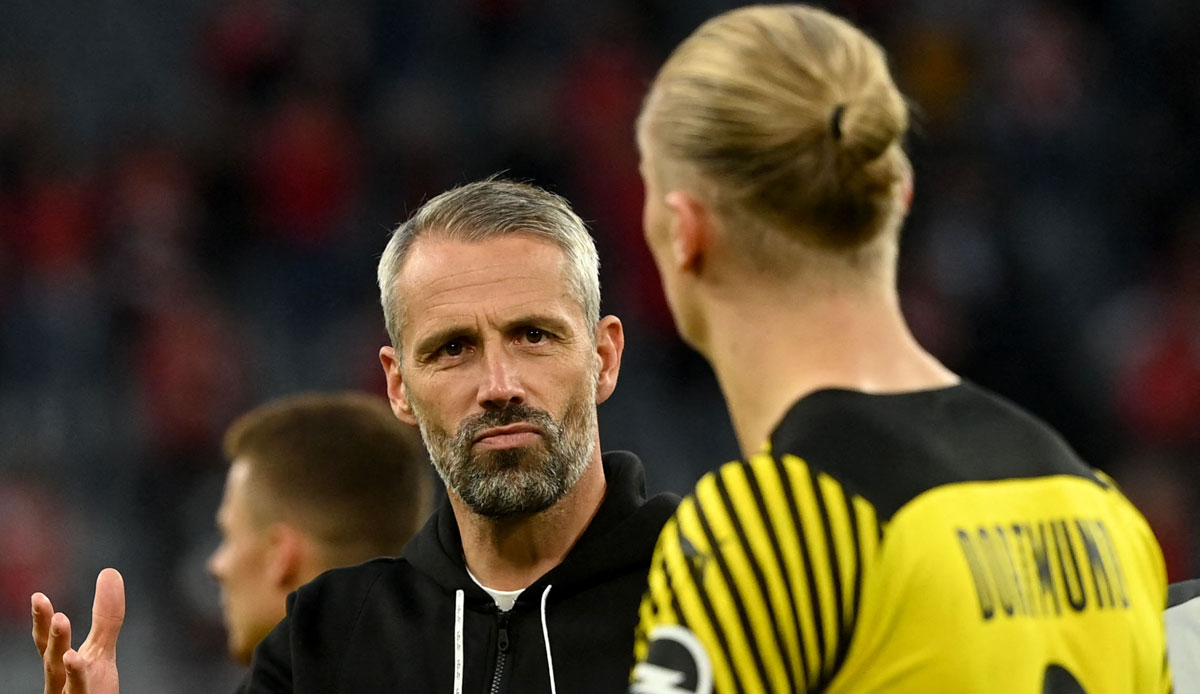 Borussia Dortmund coach Marco Rose criticized the media at the press conference ahead of the top game against FC Bayern. The reason for this was the reporting about Erling Haaland’s injury.

“I tend to always be an open person who rarely holds anything back. I always try to take you with me and enlighten you. I don’t mess around when it comes to diagnoses,” Rose said of his team’s injured players. That’s why the reports about Haaland’s injury status in the past week pissed him off.

“These are things that are sometimes very sensitive,” he explained, adding: “If I then notice things afterwards that Erling Haaland allegedly refused an MRI scan during his ankle injury, then that’s completely off topic. If someone wants to make more out of it than is ultimately possible, then we have to be more discreet in the future. I would wish that we would all deal with such things responsibly and not make unnecessary stories out of it.”

Haaland injured his ankle with the Norwegian team. “I was sent a photo: the foot was 90 degrees to the leg. That means something must have broken there,” Rose explained at the press conference before the game against VfL Wolfsburg.

Haaland was not examined by the MRI

However, BVB does not have an exact diagnosis. Rose’s words had suggested that Haaland would resist an MRI scan. “You work out with the player how to deal with an injury, whether to take pictures or not. We can’t shove the boy into the tube if he doesn’t want to,” said Rose at the time.

Nevertheless, Haaland played against Wolfsburg from the start, as in the two previous games. “He bites his teeth, then maybe takes a pill before the game and that should work,” said Rose.

Criticism then hailed from the executive floor in the person of the future sports director Sebastian Kehl. “A bit unfortunate”, the statements are, emphasized Dortmund’s current license player boss and added that the club is “very, very responsible” with the striker: “The plan is that Erling always wants to play, and you always try to find a good decision together with him.”

the WAZ also speculated that Haaland might not require a thorough investigation so as not to jeopardize a possible move next summer. According to media reports, Manchester City and Real Madrid are interested in signing the striker.