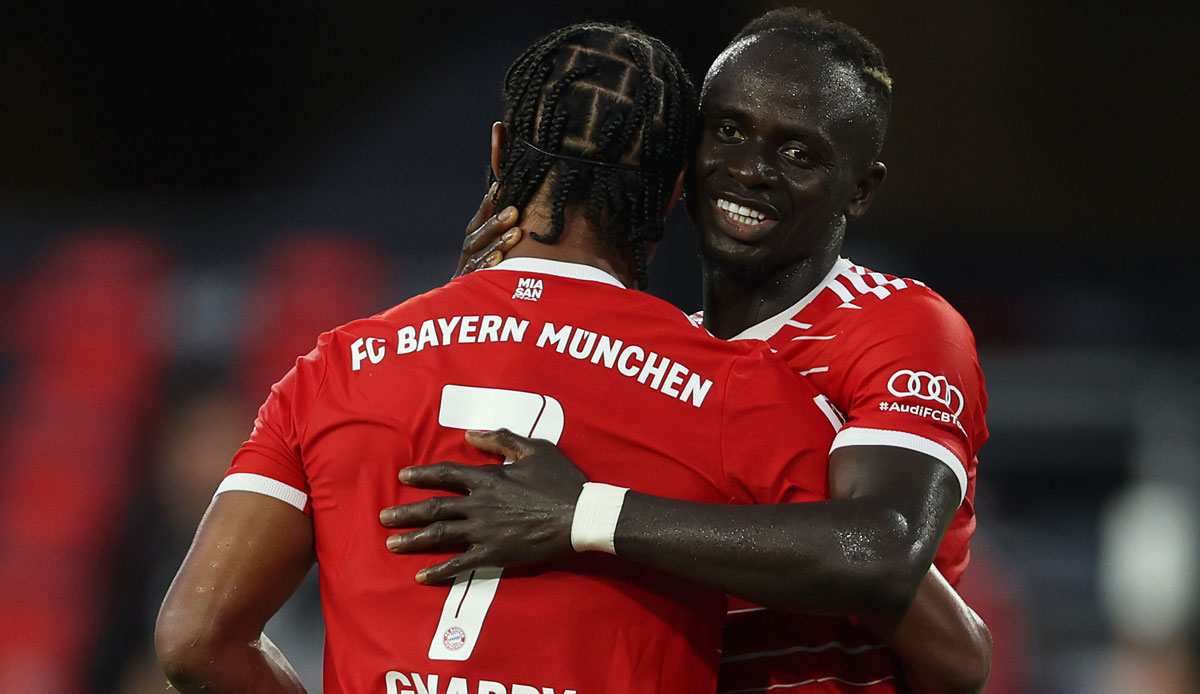 The two star newcomers Sadio Mane and Matthijs de Ligt celebrated a dream debut in the FC Bayern jersey. In a clear 6:2 (3:0) friendly win against DC United as part of the USA trip, Mane scored the lead after just 4:15 minutes, de Ligt did even better and only needed 1:35 minutes for his debut goal.

Mane, who left Rabat (Morocco) after the game because of his nomination as Africa’s footballer of the year, was allowed to play alongside the German internationals Serge Gnabry and Leroy Sane in the offensive row of three right from the start and promptly scored his first goal with a penalty kick (5th minute). .). At times, more than 100,000 viewers celebrated the Senegalese’s successful debut on FC Bayern’s YouTube stream.

Coach Julian Nagelsmann changed the entire team at the break and was then allowed to watch how 80 million new signing de Ligt got a corner in front of his feet on his first trip forward and converted it ice cold (47th). However, the Dutchman’s debut was over in the 73rd minute and the 22-year-old was substituted early.

“No injury,” said coach Julian Nagelsmann after the game when asked about the reasons for the substitution. The training in the morning was “very hard”, and the Dutchman arrived late after his move, including a medical check in Munich. In the next test match against Manchester City, he will get minutes again.

Marcel Sabitzer (12′), Gnabry on preparatory work by Mane (44′), Joshua Zirkzee (51) and Thomas Müller (90’+2′) also made their way into the top scorers list, as did Skage Lehland (54′) and Theodore Ku-DiPietro (83.) scored the goals for the MLS team from Washington, which has recently been coached by Wayne Rooney.

The two other additions Noussair Mazraoui and Ryan Gravenberch also made their Bayern debut. Mazraoui was allowed to play in the back four from the start, Gravenberch was in sixth position alongside Joshua Kimmich in the second half.

In the night from Saturday to Sunday (1.00 a.m.) Bayern will face the ultimate endurance test before the start of the season. At Lambeau Field in Green Bay, the German record champions then meet ex-coach Pep Guardiola and City around star striker Erling Haaland, who switched from Borussia Dortmund to the English champions in the summer.