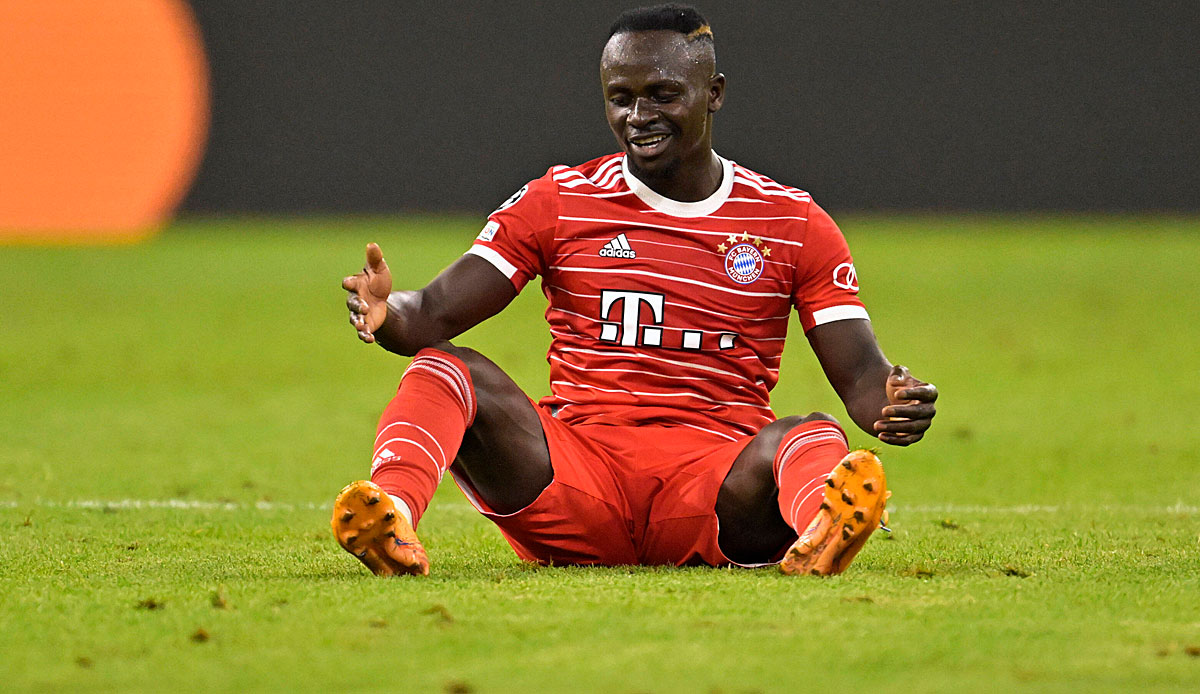 After a strong start at Bayern Munich, Sadio Mané has recently slacked off. Trainer Julian Nagelsmann demands more self-confidence from his new superstar – and possibly harmed him with a system change.

Leon Goretzka looked puzzled at the question, then thought for a moment, finally referring to the cabin’s vow of silence. Nothing should leak out of the “sacred catacombs,” Goretzka said after Bayern Munich’s 2-0 win at Inter Milan last week. Posterity did not learn whether Julian Nagelsmann’s announcement – or was it a request? – actually happened.

“I’m assuming he’ll be loud in the dressing room tomorrow,” said the Bayern coach before the game. Nagelsmann spoke about what is possibly the most reserved player in his team, who is also the most famous: star newcomer Sadio Mané, signed by Liverpool FC for 32 million euros before the season.

Watching the 30-year-old Senegalese, it seems relatively unimaginable how he could make a loud speech in the dressing room. In the mixed zones of this football world, it seems as if he would prefer not to speak at all. And when it does, it’s mostly at a barely perceptible volume. Mané doesn’t let it rip off the pitch anyway, but even then he remained inconspicuous after a strong start.

He scored five goals in his first six games for the club. Three extremely pale and goalless appearances against Union Berlin, Inter and FC Barcelona followed, and he came on late as a late substitute in the 2-2 draw against VfB Stuttgart. “I can play much better. I know that too,” said Mané after the game against Barcelona in the mixed zone. Only after a moment’s hesitation did he decide to endure a few more questions.

At about the same time, Nagelsmann spoke at the press conference about the inconspicuous superstar – and repeated the hope he had often expressed recently: “I wish that he would attract even more certain things. A little less looking for a teammate, but trying to be a little more self-confident be.” Whether on or off the field: According to his coach, Mané should present himself more extroverted.

“He’s critical, sometimes too critical, thinks too much,” Nagelsmann said before the Barcelona game. “He can have more confidence in his leadership skills. He’s welcome to appear even more self-confident and positively arrogant. I’ve praised his selfless nature a few times, too much isn’t good either.” Weeks ago, Nagelsmann Mané confirmed that he was “a bit too submissive”.

Mané’s drop in athletic performance meanwhile went hand in hand with a tactical change by Nagelsmann. After the 1-1 draw against Borussia Mönchengladbach three weeks ago, which was strong in terms of play but far too inefficient, the coach returned from the new 4-2-2-2 to the usual 4-2-3-1.

Until then, Mané acted as part of a flexible dual leadership alongside Serge Gnabry and Thomas Müller, who had meanwhile also gotten completely out of shape. Working together, they could alternately fall into midfield or onto the wings without the storm center being orphaned. The new system provides for less castling, used as a solo striker, Mané has to keep his position at the front line more consistently in the absence of alternatives.

In a way, he was robbed of what is probably his greatest strength: attacking the opposing defenders at top speed from the depths. “As a target player, Sadio doesn’t have it easy physically against big, strong players,” explained Nagelsmann after the Inter game, but at the same time praised his movements.

Nagelsmann Mané tested against Barcelona for the first time in his learned position on the left wing, Müller gave a rather unsuccessful center forward. However, this did not lead to more involvement in the combination game and goal danger. As against Inter, Mané was one of the Bayern players with the least touches of the ball against Barcelona. If he did manage to get a shot on goal in Milan, it wasn’t a single one against Barcelona.

Nagelsmann is not worried about these developments, at least publicly: just as mantra-like as the trainer recently called for more self-confidence from Mané, he referred to his basic trust in the new superstar. The current phase of weakness is “quite normal. He still has to get into certain processes. He will put his stamp on our game.”