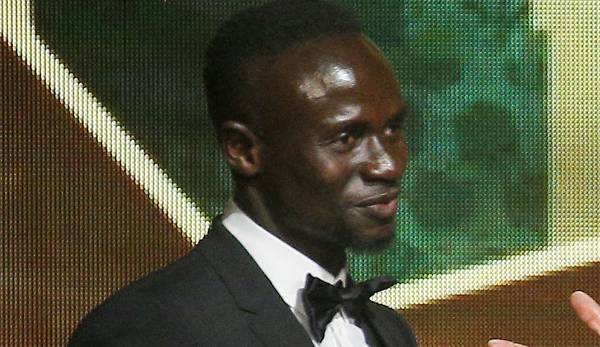 After moving to Bayern Munich, Sadio Mane spoke about his relationship with ex-teammate Mohamed Salah. Coach Julian Nagelsmann talks about the pressure in the upcoming season. All news and rumors about FCB.

Click here for the news and rumors about FC Bayern from the day before.

Bayern new signing Sadio Mane has cleared up rumors of a rivalry between himself and Liverpool striker Mohamed Salah. During their time together on Merseyside, there had been speculation that the two weren’t quite together.

“Honestly, I have no rivalry with any player,” Mane told SPOX and GOAL ahead of the CAF Awards in Rabat, Morocco. “We have a good relationship and write to each other regularly,” Mane added, referring to ex-teammate Salah. “I think it’s the media that’s always trying to make things bigger than they really are.”

Mane and Salah formed a great duo at Liverpool for six years, including winning the 2019 Champions League and 2020 Premier League together before Mane joined Bayern this summer.

However, the two were also sometimes rivals during this period when they met with their national teams. Senegal and Egypt met in both the Africa Cup final and in the World Cup playoff. Mane and his team were in the lead in each case and on Thursday also won the title of Africa’s footballer of the year for the second time. Here are all of Mane’s statements about Salah.

After a weak second half of the season, in which only ten of 17 games in the Bundesliga were won and the surprising defeat in the Champions League against Villarreal, FC Bayern will have to get back on track next season. In addition, no team has ever spent more money on the transfer market than Bayern.

That brings with it expectations, and coach Julian Nagelsmann knows that too: “If you spend a lot of money on new players, the pressure naturally increases. As a Bayern coach, you’re always under pressure, of course, but I think I can handle it. And I hope we are more stable than last season,” said Nagelsmann at a PK in the USA.

After Dayot Upamecano and Marcel Sabitzer, will Bayern bring Konrad Laimer, the third Leipzig player to the Isar in two years? The Red Bulls have not yet approved the transfer, but there are indications that Laimer will wear the Munich shirt by 2023 at the latest.

RB boss Olaf Mintzlaff doesn’t like that at all, who sharply attacked Bayern on the sidelines of the friendly against Liverpool: “I hope Bayern will find other ideas and don’t always get our players,” said Mintzlaff ServusTV.

The 46-year-old did not want to rule out the possibility that Laimer would not change until next summer and that Leipzig would not receive a fee. Here you can find detailed news about the alternating theater around Konrad Laimer.

Who goes where? The transfer options of Bavaria’s sales candidates