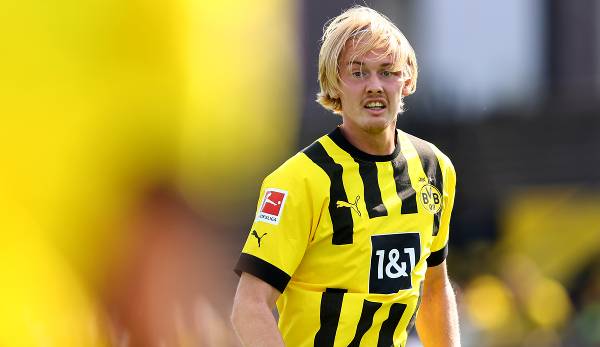 Julian Brandt was last traded as a candidate for sale at Borussia Dortmund, but the midfield star apparently wants to stay at BVB. At Manuel Akanji there are signs of a decision. All news and rumors about BVB can be found here.

Apparently Julian Brandt will stay with BVB, according to a report sports1 out. The 26-year-old was last traded as a candidate for sale and had to be content with a bank role at the start of the season, but Brandt would still like to stay in Dortmund.

There have always been inquiries from clubs and agents, allegedly from AC Milan, among others, but according to the report, they were rejected by the German international. Instead, Brandt wants to “bite through” in Dortmund, where he feels comfortable.

After coming on as a substitute in the game against Freiburg last weekend, Brandt played on Youssoufa Moukoko’s 2-1 lead (3-1 in the end). He was allowed a total of 14 minutes, compared to 22 minutes in the Bundesliga opener against Leverkusen (1-0). In the DFB Cup against 1860 Munich (3-0) Brandt was not used at all. Coach Edin Terzic has so far relied on more robust types of players.

Nico Schulz is also considered a candidate for sale at Borussia, but it should be loud Ruhr news no club have yet asked about the 29-year-old. This makes it increasingly unlikely that BVB will get him off the payroll.

Most recently, Schulz made negative headlines off the pitch, he is facing a criminal complaint for domestic violence. BVB released him last week to clarify “private things”, as sports director Sebastian Kehl explained. Schulz is now training again, his contract runs until 2024.

Manuel Akanji could apparently extend his contract with Borussia Dortmund, which expires in 2023, in order to make a move to Italy possible. This option reports the Gazzetta dello Sport. This would make it possible for Inter Milan to loan the BVB defender for a year and only sign him up next summer with the help of a purchase option.

The interest of the Italians in the 27-year-old Swiss has already been reported several times. However, the money for the transfer is said to be missing this summer, the loan with purchase option would postpone the fixed purchase by a year. The transfer fee is said to be 20 million euros.

Akanji no longer plays a role in BVB’s sporting plans after Dortmund upgraded their defense with Nico Schlotterbeck and Niklas Süle in the summer. Inter is apparently the defender’s dream club.