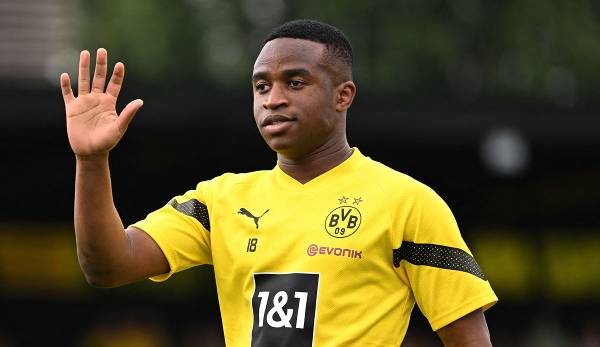 Matthias Sammer admits that Borussia Dortmund made mistakes when dealing with Youssoufa Moukoko. Jayden Braaf gives the reasons for his move. All news and rumors about BVB at a glance.

Click here for the news and rumors about BVB from the day before.

BVB advisor Matthias Sammer admitted that the club didn’t always act correctly with Youssoufa Moukoko. “I value him more than anything,” he said table football and added: “We could have signaled to him as a club in the past that he could be an important factor in the team.”

Moukoko still has a contract until 2023 but left his future open given the lack of playing time in the past. For Sammer, however, “it doesn’t make sense that he’s flirting with a change. There should be mutual appreciation – and that will happen in the near future.” It is better to get rid of the problems “than to go somewhere else,” he explained.

This is also regularly signaled to young players, according to Sammer: “Waving and resigning is useless, resistance must be actively tackled. And further:” Fluctuations are normal. (…) Being lifted into the sky and being dropped are German phenomena, that does something to a player. Players and club are allowed to make mistakes, now both have to think about it.”

Edin Terzic could also play a big role for Moukoko. He had allowed the striker to play regularly during his first term. “Absolutely, but we were always sure that he was a gem,” said Sammer.

New signing Jayden Braaf has announced his move to Borussia Dortmund. “I think it’s just the right club for young players, so it wasn’t really a difficult choice to choose Dortmund. Simply because I saw that they like working with young players here and pushing them,” said he in an interview with the Ruhr news.

The 19-year-old moved from Manchester City to Dortmund on a free transfer this summer. But first he has to recover from a serious knee injury. That’s why he wants to be patient in the preparation.

“I want to show myself and then my chance will come. But first I have to get in shape,” he said and followed up confidently: “If things are going really well, I would of course like to show what I’m capable of in the Bundesliga,” said braaf However, he is still a long way from that at the moment.

He also denied rumors that his difficult nature prevented him from playing professionally in Manchester. “People who say that don’t really know me. Anyone who gets to know me personally finds that I’m a quiet guy, I joke, laugh a lot and I’m really not a difficult character,” explained Braaf.

Regarding the parallels to Sancho, who once also moved from the Skyblues to the Ruhr area, he said: “The comparison is first and foremost a privilege. When people say: You play a bit like Sancho, then of course it’s nice to hear . But at the end of the day, I’m Jayden Braaf.”