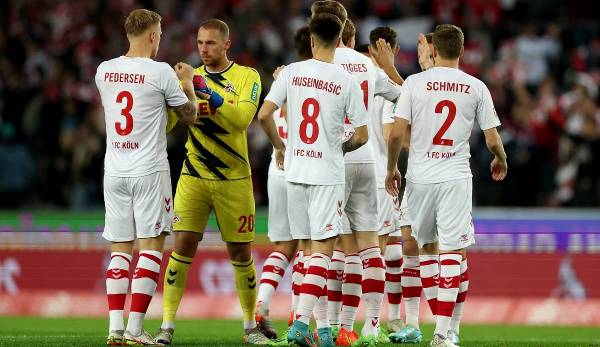 The 13th match day of the Bundesliga ends today with the duel between SC Freiburg and 1. FC Köln. You can experience the entire game here in the live ticker.

SC Freiburg vs. 1. FC Köln: Bundesliga NOW in the live ticker – before the start

Before start: Freiburg has not lost the last five competitive games. These included three victories – including at home against St. Pauli in the DFB Cup (2-1 aet) and against Werder Bremen (2-1). The last time the Breisgauer lost out was in mid-October at FC Bayern Munich (0: 5). At home they only lost against Dortmund early in the season (1:3). Since then they have been unbeaten in eight home games (six wins).

Before start: Since Cologne failed in the first round of the DFB Cup in Regensburg, Steffen Baumgart’s men can now concentrate entirely on the Bundesliga. They are currently unbeaten in at least three competitive games, including a win at 1. FC Slovacko (1-0). The last defeat was in Mainz in October (0:5). In the Bundesliga, the last away three came two months ago in Wolfsburg (4:2).

Before start: The Rhinelanders have to digest the painful elimination in the group phase of the Europa Conference League. The 2: 2 on Thursday against Nice was not enough, the Domstadters should have won in order to have to spend the winter internationally. Thus, the Cologne team was eliminated as the only German representative in the European competitions. Freiburg also drew in the Europa League (1-1 in Qarabag), but already won the group.

Before start: At the end of the 13th matchday, the fourth and the twelfth in the table face each other. There are seven points between the two teams. While the sports club is changing into Champions League regions, Effzeh urgently needs a win in order not to lose contact with the international places.

Before start: At this point we devote ourselves to personnel matters and first and foremost to the mutual team line-ups. SC Freiburg tackles the task in this line-up: Flekken – Kübler, Ginter, Lienhart, Günter – M. Eggestein, Höfler, Doan, Jeong, Grifo – Gregoritsch.

Before start: During the week both teams competed in the European Cup. SC Freiburg ended the Europa League group stage unbeaten in the group, while 1. FC Köln were eliminated from the Conference League and are therefore not spending the winter in European business. Which team survived the rigors of European Cup week better?

Before start: The last game of the 13th Bundesliga match day starts today at 5.30 p.m.

Before start: Hello and welcome to the live ticker of the game between SC Freiburg and 1. FC Köln.

DAZN broadcasts the encounter between SC Freiburg and 1. FC Köln exclusively on TV today DAZN 1. At 4.45 p.m. you can see the duel live and in full on the TV station. The game is scheduled to kick off at 5:30 p.m.

Shows in the live stream DAZN the game between SC Freiburg and 1. FC Köln is also live and in full today. You can find the broadcaster’s live stream in the DAZNapp or with your laptop in the browser. Click here for the DAZN offer.