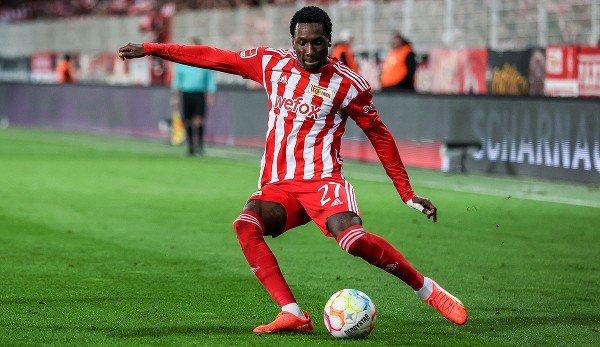 Bundesliga football will be played one last time before the World Cup, with SC Freiburg and Union Berlin meeting today. Here you can find all actions in the live ticker.

Second against third – at least before the start of this match day – the duel between Union Berlin and SC Freiburg promises a lot of spectacle. You can find out who prevails here in the live ticker.

Before start: Both teams are enjoying an outstanding season so far, being tied in second and third place before the start of the day. Both Berlin and Freiburg have the opportunity today to drive RB Leipzig back from second place – the Bulls have pushed past yesterday’s 2-1 win over Werder Bremen for the time being.

Before start: As usual, the second Sunday game starts at 5.30 p.m. today. Venue is the Europa-Park Stadium in Freiburg

Before start: Hello and welcome to the game between SC Freiburg and Union Berlin!

Bundesliga on Sunday – that means that DAZN today is responsible for the transmission of Freiburg vs. Union. You can tune in there three quarters of an hour before kick-off, i.e. at 4.45 p.m. The team consists of moderator Tobi Wahnschaffe, commentator Freddy Harder, expert Sascha Bigalke and reporter Tom Kirsten.

you want you DAZN and thus secure numerous sports events from football (Friday and Sunday games in the Bundesliga, the Champions League, Ligue 1, Serie A and Primera Division), US sports (NBA, NFL) and more? Then you can do this for EUR 29.99 per month or EUR 24.99 per month for an annual subscription.