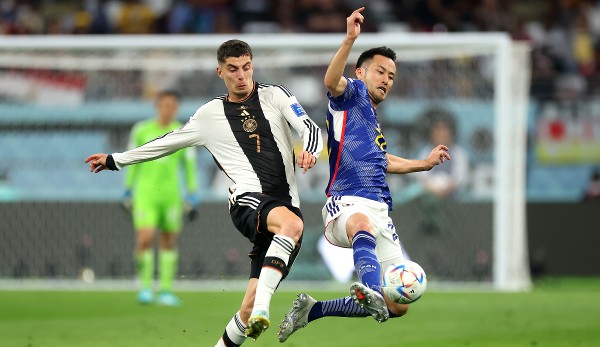 There has never been anything like it: The Bundesliga season is paused for a World Cup in winter. After the 2022 World Cup, the Bundesliga teams are about to start their winter preparations. Schalke 04 has now published the timetable for the winter break. You can find all the information about dates, friendlies and training camps here SPOX.

As soon as the 2022 World Cup is over for Germany after the group out, the focus is back on the Bundesliga. After the extended winter break, the first Bundesliga teams begin their winter preparations. You can find out how Schalke 04 plans below.

It has certainly not been an easy season for coach Thomas Reis so far. After leaving VfL Bochum, he took over from Gelsenkirchen. The Royal Blues are bottom of the table and with only nine points are already five points behind the relegation place. With a successful timetable through the winter break, that should change in the second half of the season.

Schalke 04, timetable during the winter break: start of training

FC Schalke 04 has been back in training since December 1st. This left the S04 professionals with only a two-week break from November 16th to 30th. World Championship driver Maya Yoshida should also return to training soon. The Japanese is expected to join the side on December 15 after the Blue Samurai lost to Croatia in the round of 16.

“Everyone has to prove themselves again, including Maya,” said Schalke coach Thomas Reis in an interview with the Funk media group. The situation is tense at the Royal Blues, but Reis remains optimistic: “I am convinced that we can do it.”

Schalke 04, timetable for the winter break: dates and friendlies

Schalke still have three friendlies to play before the Christmas break. On December 9th, the Knappen will play away against SK Rapid Vienna at 7 p.m. Schalke will be testing against Hajduk Split on December 16 at 6 p.m. in Croatia. Shortly before the holidays, on December 22nd, the Knappen face VfL Osnabrück in the last friendly of the year.

The Schalke 04 pros will then have a break until the turn of the year. On January 2nd, they all start the journey to the training camp. In addition to intensive training sessions, there are two more friendly matches in the Turkish town of Belek. In Belek, S04 will play against FC Zurich on January 7th and against 1.FC Nürnberg on January 10th. Both friendlies will kick off at 1:30 p.m. German time.

On January 11th we will return to Gelsenkirchen. Schalke will face Eintracht Frankfurt away from home in the Bundesliga on January 21 to kick off their competitive game. Three days later there will be the first home game of the new year against RB Leipzig on Tuesday, January 24, 2023 at 6:30 p.m.

Schalke 04: The most important dates at a glance