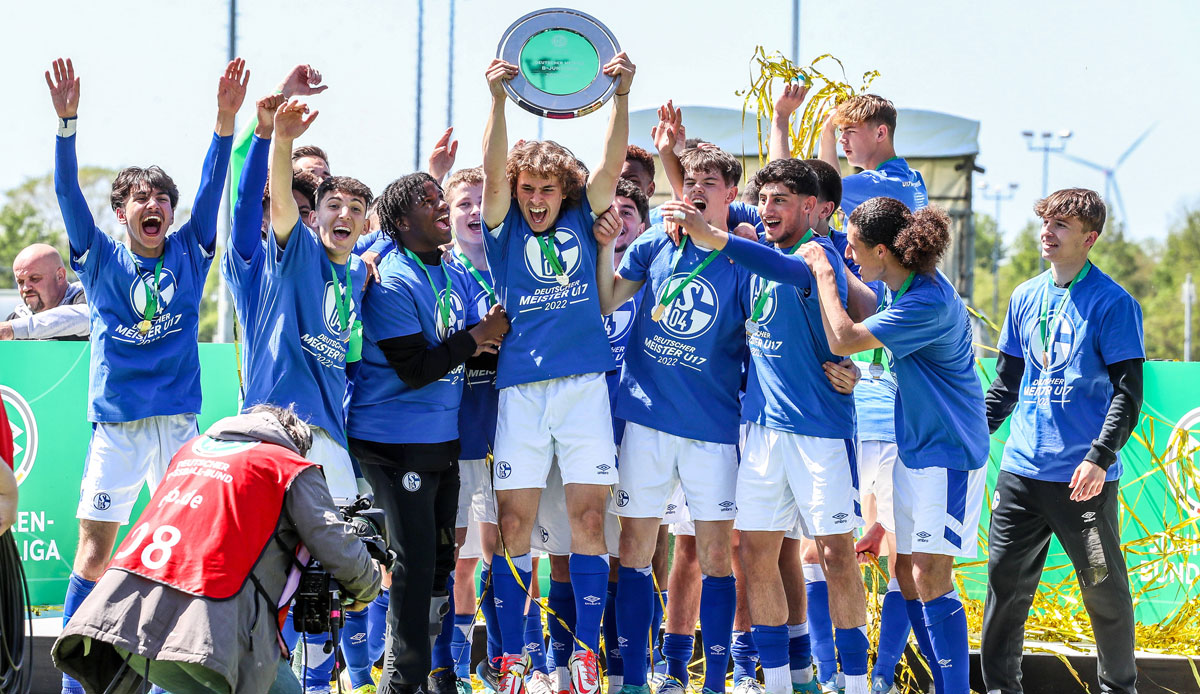 After the promotion of the pros, the title for the B-Juniors follows: the U17 youngsters from Bundesliga promoted Schalke 04 have won the first German championship in 20 years. The team from the Schalke “Knappenschmiede” defeated the youth of VfB Stuttgart in front of 3150 spectators in the traditional Parkstadion in Gelsenkirchen 3:2 on penalties. After extra time it was 1: 1 (1: 1, 0: 0).

Stuttgart initially took the lead in the 53rd minute with a header from Jan-Carlo Simic, while Schalke’s Tristan Osmani equalized (64′).

As a result, Stuttgart had the better chances – and twice bad luck with shots on the aluminum. First, S04 keeper Faaris Yusufu deflected a shot by Laurin Ulrich onto the crossbar (69′), then a deflected shot by Samuele di Benedetto hit the post in extra time (97′).

The decision was made on penalties – and Schalke kept their nerve. Goalkeeper Dennis Seimen and Jan-Carlo Simic scored for VfB, while Philip Buczkowski, Niklas Dörr and Osmani converted the goals for Schalke.

Goalkeeper Yusufu, who saved Ulrich and di Benedetto’s penalties, became the match winner, while Benjamin Boakye also shot over the goal. Armend Likaj and Taylan Bulut missed out on Schalke.