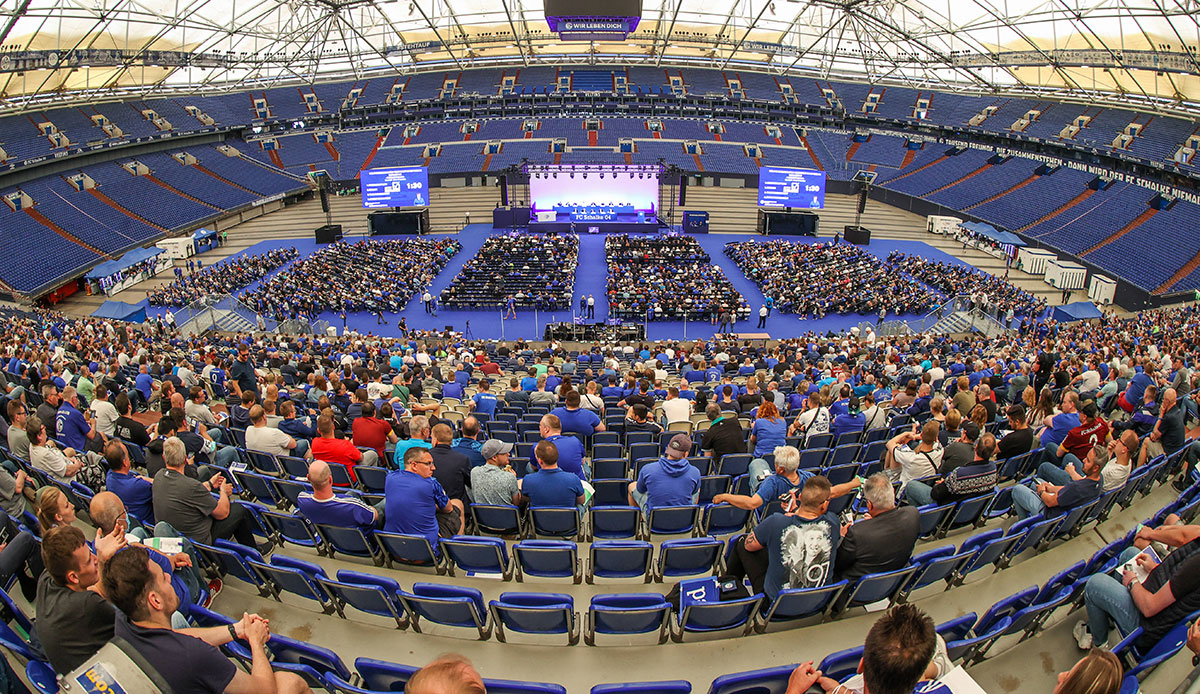 Five weeks after returning to the Bundesliga, Schalke 04 prepared their fans for a long relegation battle. “Staying up in the league and reducing liabilities are our goals for this season and next,” said CEO Bernd Schröder at the Royal Blues’ general meeting on Sunday in the arena. Only then can you start working on other goals.

Sports director Peter Knäbel also emphasized: “Our goal is to stay up, stay up, stay up.” At the same time, he promised that the team would be “suitable for the Bundesliga”, “but it is also clear that we have to get better in all areas.”

Chairman of the Supervisory Board Axel Hefer explained with a view to the high debt: “It was clear that it would take years to restructure the club and re-establish it in the Bundesliga. But the confidence in the financial markets is slowly returning.” According to CFO Christina Rühl-Hamers, the liabilities have been reduced by around 30 million euros, but they still amount to 183.5 million. “The backpack has become a little lighter,” she said.

The members blamed the old management team for last year’s relegation and the desolate financial situation. The board members Christian Heidel, Peter Peters, Alexander Jobst and Jochen Schneider as well as the supervisory board around the former boss Clemens Tönnies were not discharged for the financial years 2019 and 2020.

The new leadership with Schröder, Knäbel and Rühl-Hamers received the discharge for 2021.