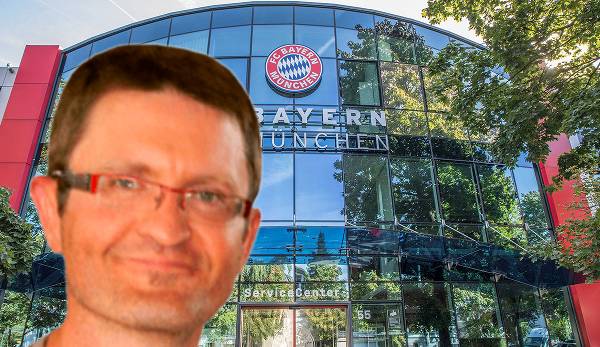 FC Bayern loses an important expert to Borussia Dortmund in Laurent Busser. Busser expert Jonas Boldt explains at SPOX and GOAL how hard the loss of the discoverer of Kingsley Coman will hit the people of Munich and what made him one of the best in his profession.

On February 7, Borussia Dortmund announced that Niklas Süle would move from FC Bayern to BVB on a free transfer for the new season. Apart from the sporting loss that FC Bayern had to cope with in a very short time due to the departure of the third central defender, Süle’s departure was primarily economically and psychologically unfavorable for Munich.

FC Bayern lost a cornerstone of the team with an added value (thanks, Jürgen Klinsmann) to the direct competitor. How difficult the change will be in the end will be seen when Süle is on the pitch for some and not for the others.

However, it will not be the only sensitive departure towards Dortmund for Munich. Perhaps this will weigh even more heavily. Laurent Busser (52) is expected to move from Bayern Munich to Borussia Dortmund. In Munich, the Frenchman was team leader scouting license player. In the past you would have said chief scout.

In Dortmund he could take on the same role, because the previous BVB chief scout Markus Pilawa is hotly courted in the scene. At VfL Bochum he is the successor to sports director Sebastian Schindzielorz, who will leave the club at the end of the year. Squad planner Pilawa Busser might be able to work it in, but cooperation is also possible if Pilawa resists attempts to flirt with the league.

“Rarely seen someone who is so well connected”

With Busser, Dortmund is getting an extremely capable football specialist who has not made a name for himself publicly with 1899 Hoffenheim, Bayer Leverkusen and most recently with FC Bayern, but has made a name for himself in the scene. What goals and assists are to the players, discovered players are to the scouts and that’s where Busser can serve with some top names. The most prominent is certainly Kingsley Coman. But more on that later.

Jonas Boldt knows Busser from their time together in Leverkusen and the sporting director of Hamburger SV praises him in an interview SPOX and GOAL in the highest tones: “He has a great passion for what he does. That is the basic requirement that you don’t see it as a job, but as a passion. Over the years he has a lot of experience, network and expertise built up. I’ve rarely seen someone who is so well connected. He knows what information he’s getting from where.”

According to connoisseurs, Busser, who has excellent connections to his home country of France in particular, is a database in flesh and blood. Not only does he know about the players in the main leagues, but also in more exotic areas of the world. Busser found out that Leon Bailey is a promising talent not only in Genk, but before that, when Bailey was in the U19 team at AS Trencin in Slovakia.

“He had his share in the Bailey transfer,” Boldt recalled back then. It will take some convincing to persuade the Leverkusen bosses to invest €14m in a Jamaican winger from the Belgian league. But that is precisely the strength of Laurent Busser.

Laurent Busser is not a namedropper

“There are scouts who say: ‘I recommended him back then.’ As the person responsible for sport, you then say: ‘Yes, but that never got through to me.’ As a scout, you have to know how to trigger those responsible,” says Boldt, “if you give him ten names, that’s ten names.”

Busser is not a namedropper, but someone who knows why a special player needs to be signed. Boldt says: “It is important that a scout fights for his convictions. I always had that feeling with Laurent. I think the decision template for the person in charge is very important.”

The conviction rested not only on observing how well a player can play to his strengths in his position, but also how he functions as a person. Does he fit the group? Does he fit the club? Busser uses his contacts to the respective environment of the players and then provides an overall picture that simplifies the decision for the sports directors.

If a player doesn’t fit in the end, he doesn’t hesitate to say so: “It was great to talk to him about the players and to know that he can sometimes say no. It’s a great art in this business, sometimes to say no,” says Boldt.

That didn’t happen that often, especially not at Bayern Munich, which Busser has to thank for Kingsley Coman playing in Munich. He recommended him in Leverkusen, “then placed him at Bayern via Michael Reschke,” says Boldt.

Why Laurent Busser is not staying at Bayern Munich

The departure of Bussers hit the record champions at an unfavorable time. FC Bayern was just in the process of changing its transfer strategy, increasingly relying on young players who are then trained to become top performers if possible. Good scouting is not enough, excellent scouting is needed, because the competition never sleeps.

Why, with Busser, an important figure in this strategy was not retained or could not be retained is a question that must be answered on Säbener Strasse. The Frenchman’s contract expires in Munich. An extension has not yet taken place.

According to information from SPOX and GOAL, it was not just about whether the contract would be extended, but also about Busser’s role. The player expert may have seen himself in a different role. One that Marco Neppe holds at FC Bayern. Hasan Salihamidzic’s close confidant has risen steadily in the hierarchy in Munich and is now Technical Director.

It is possible that Busser, who, like Neppe, came to Munich from Leverkusen, wished to be promoted after years of great success. It is also possible that he was offered this in Dortmund and that this was a decisive factor in the move to BVB.

Dortmund are now getting a specialist who can further strengthen Dortmund’s already good scouting. Jonas Boldt definitely believes that his former confidante will also do a great job at BVB. Because: “He is one of the most serious and best of his profession.”