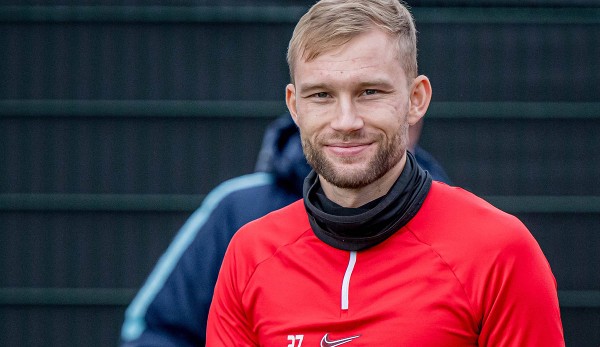 Konrad Laimer, Lucas Hernández, Gonçalo Ramos – there is a lot going on around FC Bayern during the World Cup. Here you will find all the news about the German record champions on December 10th.

Konrad Laimer, who is repeatedly associated with Bayern Munich and whose contract expires in the summer, has not yet decided whether he will leave the Saxons, according to RB Leipzig’s new sports director Max Eberl.

In any case, Eberl has not yet given up hope that the Austrian national player will stay. “If it were only one percent, then I would fight for that one percent, like I’ve always done,” emphasized the ex-Gladbacher at his introductory press conference at RB.

FC Bayern, News: Lucas Hernández will probably not make a comeback this season

A comeback this season is not an option for Lucas Hernández, who has suffered a serious knee injury. the AZ reports that a Bayern defender’s return this season is “not a realistic scenario”.

Hernández suffered a cruciate ligament rupture in France’s opening game against Australia (4-1) at the World Cup in Qatar. The 26-year-old has now had an operation and has started his rehabilitation in Munich. Tender hopes that he could play for Bayern again in 2022/23 are likely to be disappointed, according to the report.

Nevertheless, the Munich club bosses want to extend the contract with the former Atlético star. Talks about extending his working paper, which will run until 2024, are said to have already taken place.

After his gala in the World Cup round of 16 against Switzerland, Portugal’s national striker Gonçalo Ramos is again being traded as a new signing by numerous European heavyweights. Among them is FC Bayern, who, like BVB, was under discussion a few months ago as Ramos’ new employer.

One who could well imagine Ramos in Munich is ex-Bayern star Bastian Schweinsteiger. Today’s ARD-Expert sees great parallels between the Benfica striker and another former FCB striker: “He reminds me a bit of Lukas Podolski and his left-footed shots.” Ramos is a “full-blooded striker,” Schweinsteiger continued.

The 21-year-old is under contract with Portugal’s record champions Benfica until 2026. In addition to Bayern, Manchester United in particular is mentioned as an interested party. Ramos has scored 17 goals in 24 competitive games this season.

FC Bayern, rumor: Sané transfer to Arsenal not an issue

A possible move from Leroy Sané to Arsenal is loud picture no problem. British journalist Pete O’Rourke had discussed a transfer of the national player to north London, but it was not an option. Rather, FCB is planning long-term with Sané, who has already played for Manchester City in the Premier League.

Sané’s contract on Säbener Straße runs until 2025. Loud picture However, the Bayern bosses would like to have clarity about Sané’s long-term future and extend it prematurely. Without a new contract, they were “reluctant” to go into the coming season.