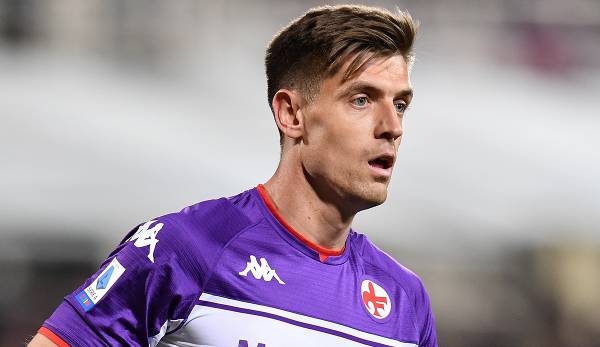 Sebastian Kehl, sports director of Borussia Dortmund, has commented on the loss of striker Sebastien Haller. As a possible replacement, Borussia should have an attacker from Hertha in their sights. Here you can find news and rumors about BVB.

Will Borussia Dortmund be active again on the transfer market after Sebastien Haller’s illness? This question depends above all on the final diagnosis, how long the new striker will be out after his discovered testicular tumor.

Compared to the Ruhr news sporting director Sebastian Kehl said: “We’re still at a very early stage and, once the diagnosis has been made, we’ll think carefully about whether and how we have to react. There won’t be any quick fixes.”

After all, Haller reported confidently from the hospital after the first treatment steps.

“I would like to inform you that the first step has been successfully completed! I would like to thank BVB and the medical team who have been exceptionally good to me,” Haller wrote on social media for a photo, on which he stretches his thumbs up in the hospital bed.

BVB: Haaland copy, Haaland’s partner or a jewel: who will replace Sebastien Haller?

The fact that BVB is already looking at the market in the event of Haller’s long-term absence is anything but unusual. Numerous rumors have already been circulating in the past few days, and now another one has been added.

As the journalist Nicolo Schira claims to have learned, BVB is said to have asked about Hertha’s attacker Krzysztof Piatek. This was awarded to AC Fiorentina in the second half of the season and is now back in Berlin.

Hertha would like to get the Pole, who came from AC Milan for 24 million euros at the beginning of 2020, off the payroll.

Right-back Thomas Meunier has praised his club Borussia Dortmund for the transfer policy. “Our new players suit us very well. Because they’re good at football. But also because they’re fighters,” said the Belgian international table football-Interview. BVB don’t need “world stars”, says Meunier, “we need players who have their hearts in the right place”.

The runner-up wants to attack the German record champion Bayern Munich this season. According to the 30-year-old, the enthusiasm for what is to come can also be felt in the team. The tumor found in newcomer Sebastien Haller was “a shock for all of us and also a damper”.

Olympique Lyon defender Jerome Boateng regretted the departure of his former Munich team-mate, Niklas Süle, to BVB. “I think it’s a shame it had to come to this because Niki has huge potential,” Boateng said table football.

Süle switched from FC Bayern to BVB on a free transfer after the past season. For the German record champions, he played alongside Boateng in central defense for years.

Bayern Munich’s Thomas Müller has welcomed the transfers made by rivals Borussia Dortmund this summer. “I think it’s good that something is moving at BVB,” he said picture on sunday. “There’s anticipation and excitement in the air,” he stated before the start of the new Bundesliga season.

Dortmund have strengthened their squad with Karim Adeyemi, Nico Schlotterbeck, Niklas Süle, Sebastien Haller and Salih Özcan. The coming year will show whether Borussia’s transfer offensive will be enough to end FC Bayern’s league dominance. In any case, Müller is of course not convinced: “You don’t know whether BVB will get ten more points because of that,” he said.