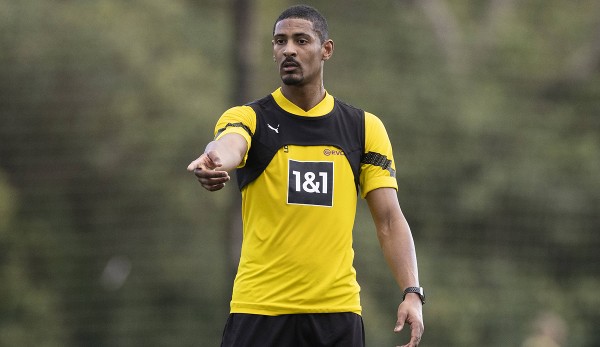 Sébastien Haller speaks for the first time about the effects of his chemotherapy. Apparently there are still no talks between Marco Reus and BVB about further cooperation. Also: Dortmund’s U19 signed two youngsters. All news and rumors about Borussia Dortmund can be found here.

BVB, News: Haller talks about the consequences of chemotherapy

BVB striker Sébastien Haller spoke for the first time about his chemotherapy and the consequences of his treatment after returning to training at Borussia Dortmund. “The symptoms were unpleasant. I lost a lot of fluid every time, which also made me weigh a few kilos less. I had hiccups and stomach problems, I couldn’t really taste the food for a while,” said the Frenchman in an interview with picture-Newspaper.

Each time he had to “spend several days in the hospital and in bed”. Haller had to endure a total of four chemotherapy treatments and two operations in the last few weeks.

However, Haller adds that giving up was never an option for him. “I immediately thought to myself: I have to go through this now, let’s get on with it! With our doctors, with the urologist from Bad Ragaz. I had no other option,” said the striker: “It’s no use when you put yourself into depression. So I said to myself, stay positive, get your family and friends together. You’re not alone. So go through it with them.”

The many positive messages from his direct environment as well as from fans and companions would have helped him the most. “Mom, dad, brother, sister. That was actually the most emotional thing. But there was also an incredible amount of uplifting news from the football world. The President of Ivory Coast was there, my former clubs and of course a lot of players who would get the news I like to keep it to myself. But I can tell you: The Frankfurt buffalo herd with Luka Jovic and Ante Rebic also wrote to me, which made me happy,” said Haller.

BVB, rumour: No contract talks with Reus yet

Marcos Reus’ contract with Borussia Dortmund expires next summer. how Sky sports reported, there are said to have been no contractual talks about a continuation of the cooperation.

Reus would like to continue his career at BVB, but saying goodbye to Dortmund is also an option. Most recently, Ronaldo club Al-Nassr FC had signaled an interest. “Of course I’m looking ahead, I still have six months under contract, it would be wrong if I didn’t worry,” said the 33-year-old in a media round at the BVB training camp in Marbella.

According to the report, however, a career end is excluded. Reus has played for BVB since 2012. In 368 games for Dortmund he scored 156 goals and prepared 118 more goals.

Borussia Dortmund has presented two newcomers for the U19. The Ukrainian Danylo Krevsun comes from league rivals Preußen Münster, and the Black and Yellows also sign Moussa Soumah from Arminia Bielefeld’s U17s.

“He’s doing the group a lot of good because he doesn’t take anything for granted, but tries every second to get better. The other players see that and sharpen their sense of how special it is to play for Borussia Dortmund.” enthused Tullberg in conversation with the Ruhr news about Krevsun.

The 18-year-old, who fled his homeland with his mother last year before the war, is an “outstanding footballer, but he still needs to improve physically,” Tullberg continued.