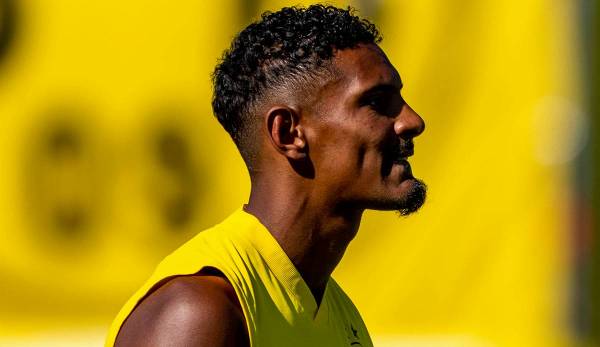 Borussia Dortmund will have to do without new signing Sebastien Haller for several months. It remains to be seen whether there will be a replacement for the goalscorer.

A final diagnosis is still pending, but the hope of Sebastien Haller’s quick return is finally gone. Borussia Dortmund will probably have to do without their goalscorer, who is suffering from a testicular tumor, for the rest of the year.

“He had a successful operation last week. He will definitely be out for a few months,” said sporting director Sebastian Kehl.

Haller received the shock diagnosis last week at the runner-up’s training camp in Bad Ragaz/Switzerland. In the meantime, the 28-year-old has had an operation after further examinations and, according to Kehl, is “on the right track”.

“The treatment path is currently being discussed with the doctors,” he added, and the investigations are still ongoing. “We support him fully,” assured coach Edin Terzic before the treacherous start of the competitive game on Friday (8.45 p.m. in LIVETICKER) in the first round of the DFB Cup at the ambitious third division team 1860 Munich.

BVB: There are “various options” available

Those responsible left it open on Wednesday whether BVB would be active again on the transfer market in view of the longer absence of the striker. Terzic had “various options” available, said Kehl: “Nevertheless, Haller’s profile is missing. We’re working on different options. But we’ll only do something if it makes sense in the end.”

Terzic follows the discussion calmly. He is in “daily exchange” with the bosses, he said, emphasizing that “something is lost” without Haller. You have to be ready to “find solutions”. In the past, however, Borussia had “played successful football without a striker,” said Terzic and announced that he “wanted to try one or the other”.

Haller, who has just come from Ajax Amsterdam for at least 31 million euros as the most expensive attacker in the club’s history, should replace top star Erling Haaland, who has migrated to Manchester City. The only central attacker in the Dortmund squad is Youssoufa Moukoko (17). Terzic pointed out that Donyell Malen, Karim Adeyemi or Thorgan Hazard could also play at the top.

He must have thought of a solution by Friday. Because in the cup there is “always a form of tripping”. On the other hand, the title is “the quickest to reach”. Maybe then with Haller? “He was super stable and incredibly positive and also said to the team: ‘Do your job, give everything. Make sure that – when I come back – we’re still in the running.’ And the boys will do that,” said Kehl in a video interview with Dortmund’s jersey sponsor “1&1” published on Tuesday.

Kehl, meanwhile, commented on the situation of Manuel Akanji, who is said to be leaving the club after he refused to extend his contract.

“We are in close contact with the player and his management, we are waiting for the situation. But there is no news. Manuel has done nothing wrong. He works very well in training and gets involved. He prepares extremely conscientiously ahead, gets himself in good shape and we’ll have to wait and see about the rest,” said Kehl.