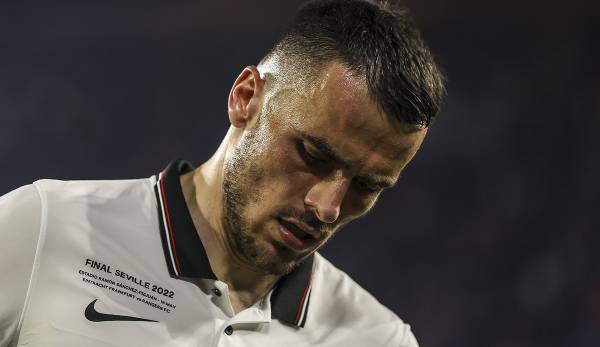 Former crowd favorite Maik Franz would not mourn the Frankfurt professional if Filip Kostic left. Real coach Carlo Ancelotti warns against Eintracht. Here you can find all the news and rumors about Eintracht Frankfurt before the start of the Bundesliga.

There have been numerous rumors of transfers this summer about Filip Kostic, but Maik Franz is certain that Eintracht Frankfurt could close any gaps that may arise on the offensive. “That’s professional football: if a player leaves, then a new player comes,” said Franz in the “Fever Pitch” podcast.

Franz explains why he wouldn’t mourn the 29-year-old: “The club has done a lot for its image. Eintracht is cool and plays in the Champions League. They have proven that they have very good scouting. Then someone else comes along Player to fill the gap.” There are now many players who want to switch to Eintracht, says Franz.

At the same time, he also admitted: “Filip Kostic and Eintracht Frankfurt – that fits like a sack!” With seven goals and 15 assists last season, the Serb played a large part in Frankfurt’s Europa League title. He is now associated with Juventus Turin, among others, and West Ham is also said to be interested.

After the start of the Bundesliga on Friday against Bayern Munich (from 8.30 p.m. in LIVETICKER), the next highlight is on the program for Eintracht Frankfurt next week. On Wednesday, the UEFA Super Cup Champions League winner Real Madrid awaits the SGE.

According to Real coach Carlo Ancelotti, the Frankfurters even have a slight advantage in the duel with the Madrilenians. “We have a few more disadvantages compared to Eintracht, who started their season earlier. But we play to win,” said Ancelotti in an interview with UEFA.com.

“Eintracht achieved something special last season, they weren’t really among the favourites,” the 63-year-old continued. “They played great games, won against Barcelona at the Camp Nou with a counter-attacking tactic. They put a lot of focus on defense and quick transitions.” Still, Ancelotti stressed that Real Madrid have a chance of six titles next season and want to win them all.

Eintracht Frankfurt: Club icon optimistic before the start of the season

Not only in the cup competitions, but also in the coming Bundesliga season, club icon Dragoslav Stepanovic believes Eintracht Frankfurt can perform well. “The team won the Europa League, we’re on the right track,” said the 73-year-old SID: “You could have lost a first game like that in Magdeburg in other times. But the team is so well-stocked. I hope that our coach doesn’t get a headache about who to field.”

Even at the start against Bayern Munich, “anything could happen,” he explained: “I would like a 1-1 draw, that our team will gradually make it into the Bundesliga. We can show more later on.” Above all, the 4-0 win in the DFB Cup against Magdeburg inspired him. “They were so light-footed and in a good mood that I said straight away I’d watch a game from the 2000s in the latest version,” said Stepanovic.