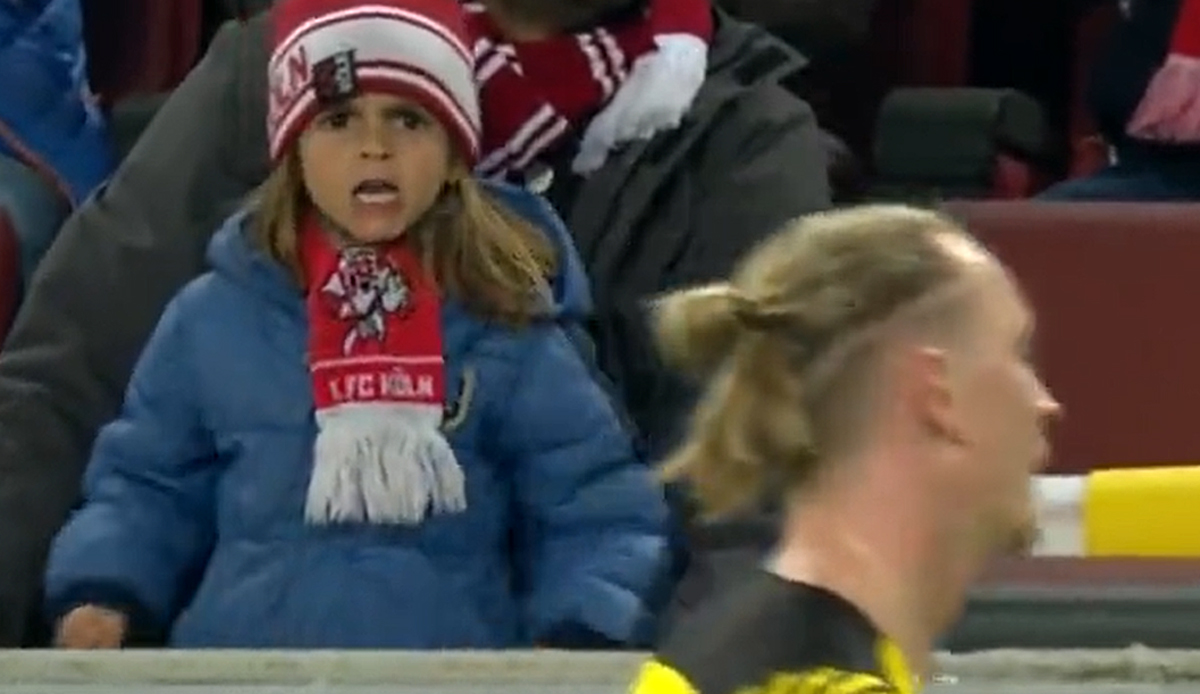 Short scene, big impact: A small Cologne fan becomes a hit on the net during the Bundesliga match between Borussia Dortmund and 1. FC Köln.

In the 61st minute, the young fan is shown, sitting on his father’s lap and shouting with an angry face at BVB professional Marius Wolf (Here’s the video of the scene). The six-second video has already been shared over 150 times on Twitter and viewed over 260,000 times.

Wolf not only has a Cologne past, having spent almost the entire last season on loan in the cathedral city: he was also responsible for the visitors from Dortmund’s remarkable opening goal on Sunday evening.

In the 8th minute, Wolf skilfully picked off a wonderful long ball from Jude Bellingham and pushed it in like a centre-forward to make it 1-0. Whether this was the scene that enraged the young fan is uncertain, but there was reason to celebrate before the break.

Sebastian Andersson scored after a set piece for Cologne’s 1-1 equalization and at the same time for the final score. This increased the gap between BVB and leaders Bayern Munich to six points.

Cologne, on the other hand, are still in the middle of the fight for international business after winning the second point in a row against a team from the leading quartet (1-0 over Bayer Leverkusen last week). The gap to TSG Hoffenheim and in sixth place (Conference League) is four points with seven games to go.