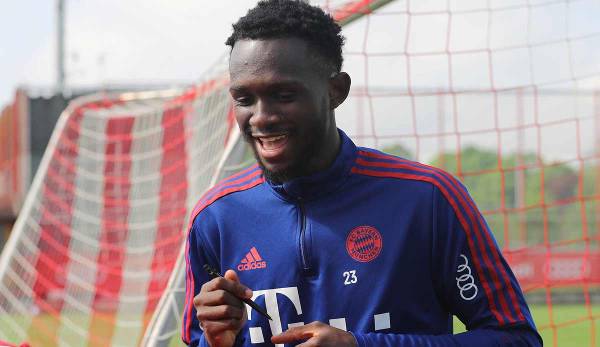 Should FC Bayern want to bring Tanguy Nianzou back from FC Sevilla, the Munich team would probably have to dig deep into their pockets. Sadio Mané’s jersey becomes a bestseller. All news and rumors about FCB at a glance.

Click here for reports about FCB from the previous day.

Tanguy Nianzou switched from FC Bayern to FC Sevilla on Wednesday for the base fee of 16 million euros plus four million euros in bonuses. However, the record champion had various clauses anchored in the deal that make it possible for the central defender to return. However, a direct buyback from Seville would probably cost a lot of money.

As the picture reports, the clause is 50 million euros. From September 19, 2023, it should increase to 55 million euros. Shortly after the transfer was announced, several media reported that Bayern could bring Nianzou back every year for a fixed sum starting next summer.

In addition, FCB is said to have the right, by means of a matching right, to lure the Frenchman back to the Isar even more cheaply. Should Sevilla accept an offer from another club, FC Bayern can sign Nianzou for exactly the same amount. The sum in the buyback clause is irrelevant in this case. More information about the deal can be found here.

However, should Nianzou switch to another club, FC Bayern can follow the report picture according to look forward to more money. Then the bonus of four million euros would be due in any case, it is said.

The three new FC Bayern Munich jerseys are very popular with the fans. “The demand for our three jerseys is significantly higher this season than in previous years. As a result, individual sizes are unfortunately always out of stock. But we are working hard to ensure that all of our fans get the jerseys that want them,” said FCB board member Jan-Christian Dreesen, who, in addition to the finances, also takes care of the merchandising in the club, in an interview with the tz.

Especially the jersey with the print of newcomer Sadio Mané would be well received. “We are very happy about that, as it is confirmation that a world star has come to Munich with him, who immediately fulfills all expectations in terms of sport and is an absolute popular figure overall,” he explained.

Thomas Müller’s jersey is a bestseller, as it was recently. “Another big hit with our fans is Jamal Musiala’s jersey, who impressed with his strong performances at the start of the season and is also very popular with the young fans,” added Dreesen.

World footballer Robert Lewandowski from FC Barcelona was violently attacked before training. As Spanish media reported unanimously on Thursday, three people opened the passenger door of Lewandowski’s car in front of the Catalans’ club premises and ripped his watch from the Pole’s wrist.

FC Bayern: The start of the FCB season