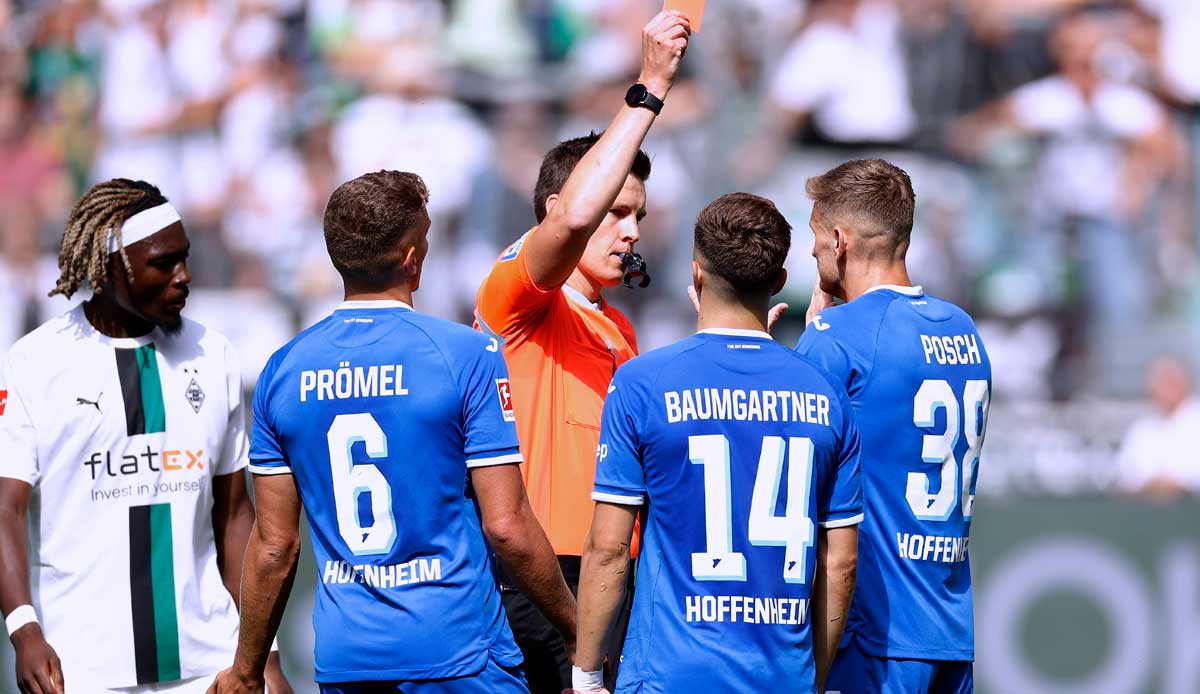 Sports director Alexander Rosen criticized the team of referees around Daniel Siebert (Berlin) after TSG Hoffenheim’s defeat at the start of the season.

He “missed balance and charisma. That was too often complacent and anything but sovereign,” said the 43-year-old on Sunday on the TSG website. It is “annoying that you have to address the referee’s performance again on the first matchday”.

In addition, at 1: 3 (1: 1) on Saturday, from his point of view, a player from Borussia Mönchengladbach should have been sent off the field. “The clearly recognizable assault” against Georginio Rutter in the 45th minute was “serious”, “which incomprehensibly went unpunished. That’s a clear disadvantage,” said Rosen. After the legitimate yellow-red card against Stefan Posch, TSG was outnumbered for over 70 minutes.