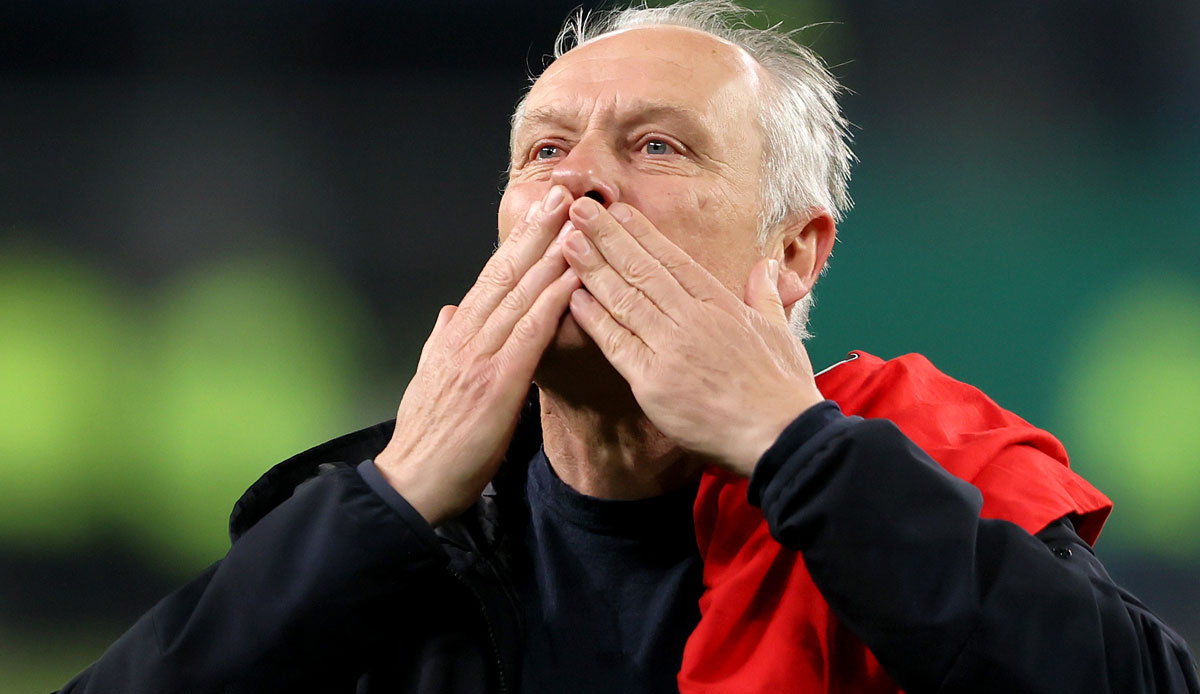 Despite the very successful season in the summer, coach Christian Streich from Bundesliga club SC Freiburg does not anticipate a comprehensive loss of personnel. “

“I have no concerns that there could be big changes,” said the 56-year-old: “First of all, another club has to be more attractive when a player looks around with his agent. One thing is the money, but the other is that Feeling good and the perspective around it too.”

Recently, rumors about a change from national player Nico Schlotterbeck to Borussia Dortmund had boiled over. “I think a lot of the boys are very happy and really appreciate being able to pursue their profession in such an intact team and such an intact club,” explained Streich. Even at away games, he finds “that people are friendly and kind to us.”

In the home game against Borussia Mönchengladbach on Saturday (3:30 p.m. / Sky), his team had to hide both the historic entry into the final of the DFB Cup and the 6-0 win from the first leg in the fight for the Champions League. “I’m no longer interested in the result, it has nothing to do with reality anymore,” said the league’s longest-serving coach. But Gladbach will “certainly want to make this day forgotten”.